Written by Sterling Content
October 13, 2017
Past Event Round Ups 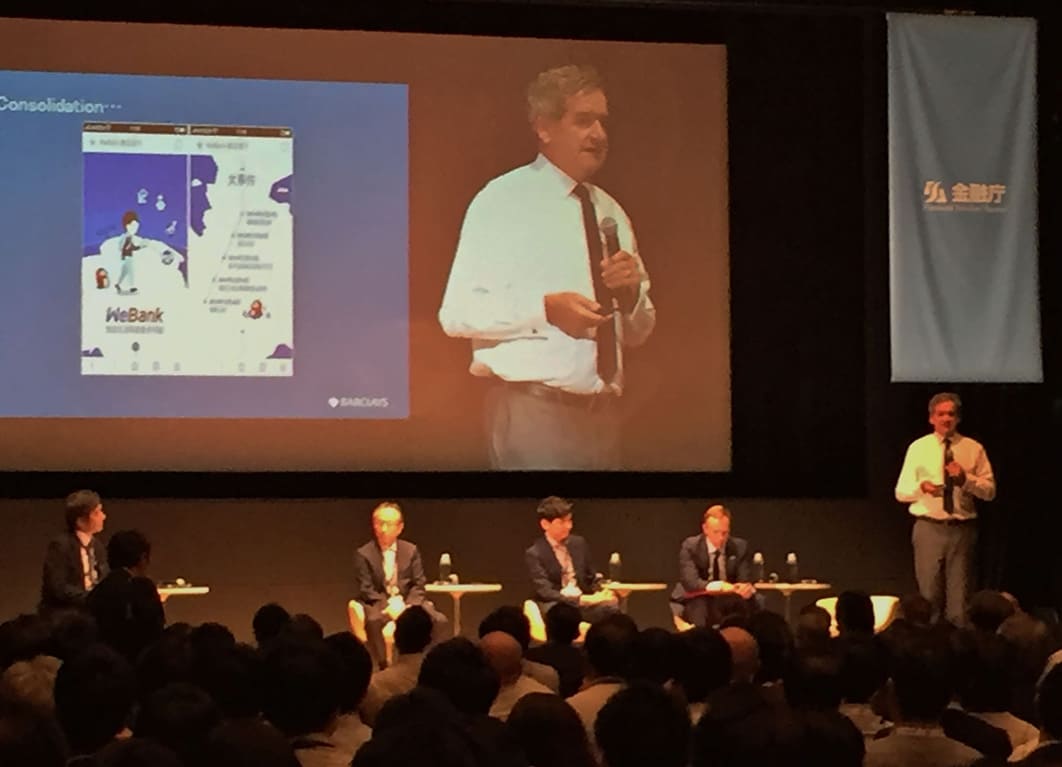 Written by Sterling Content
October 13, 2017
Past Event Round Ups

BCCJ Platinum Member Barclays’ Head of Group Innovation Michael Harte, who is based in London, joined Japan’s 2017 Fin/Sum Week as a speaker in September. At the fintech summit, which was jointly organised by the Nikkei and Japan’s Financial Service Agency, Mr Harte was among a host of global experts to share their views on the rapidly developing industry.

The annual conference, backed by the national and Tokyo metropolitan governments, is the largest fintech-related event in Japan. It aims to boost Tokyo’s status as a fintech hub in Asia by drawing on the expertise of global pioneers such as Barclays. The audience was made up of Japanese financial institutions, start-ups, government sectors (including financial regulators) and the media.

During a panel discussion entitled “Open innovation: Collaboration between financial institutions and fintech companies,” Mr Harte shared Barclays’ insights as the leading bank in global fintech, and discussed how technology is changing the financial industry. He also introduced Barclays’ experience in the UK, drawing on the latest examples of fintech. Mr Harte and fellow panellist Matthew Hancock MP, the UK government’s Minister of State for Digital, highlighted London as the fintech centre of the world.

In addition to Fin/Sum Week, Mr Harte was a keynote speaker, alongside Mr Hancock, at a fintech event arranged by the British Embassy Tokyo. Hosted by British Ambassador to Japan Paul Madden CMG at his residence, the event welcomed audience members from fintech start-ups based in both the UK and Japan.

During his stay in Tokyo, Mr Harte also visited some of Barclays’ Japanese clients, enhancing the firm’s relationships with leading tech and financial institutions in Japan.

Reflecting on the visit of Mr Harte, Tetsuya Kodama, chairman of Barclays Japan, said: “We are honoured that Mr Harte was invited by the JFSA to be a panellist, and by the embassy as a keynote speaker. He clearly illustrated that Barclays is a leading financial institution and is leveraging the rapid growth of the fintech space, not only in the UK but across the world, using our key Rise facilities in London, New York, Tel Aviv and Mumbai.”

Launched in March 2014 in London, Barclays’ Rise is an open innovation programme that operates as a community, nurturing start-ups and industry leaders to together create the future of financial services.