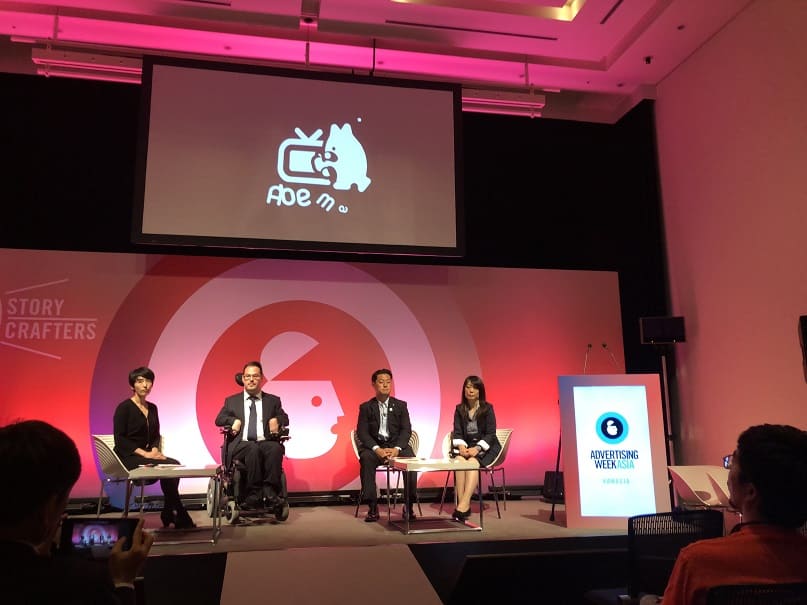 Some 13,000 marketing and media executives from across APAC converged on Tokyo in late May to discuss global industry trends at Advertising Week Asia. A key theme was how public, private and non-profit sectors can utilise Japan’s upcoming sporting events to drive social and industry change.

Supported by BCCJ member The Financial Times, the three-day event encompassed some 100 events and attracted 200 thought leaders, many of whom are representatives of UK-headquartered firms.

Speakers opined on Japan’s potential to develop ideas surrounding diversity & inclusion and tourism ahead of and beyond the Rugby World Cup (RWC) in September and Tokyo 2020.

Of Japan’s 31 million recorded overseas arrivals in 2018, only 15% (4.6 million) have some disability, according to the Japan National Tourism Organization. Joshua Grisdale, founder of Accessible Japan, attributed this figure to a lack of information from the tourist industry on how disabled people can tackle the country’s infrastructure, tourist sites and accommodation.

“According to a recent survey, 54% of disabled people said they would not travel to a destination if information on accessibility is not available,” he said, adding that “the image of Japan is of packed trains, temples with lots of steps and tatami mat floors.”

But Grisdale believes these efforts by the tourism industry are being driven largely by the needs of Japan’s greying population. Websites, for example, often have information on accessibility, but only in Japanese.

As a wheelchair user himself and naturalised Japanese citizen, Grisdale is determined to ensure inbound tourists get the information they need. He has launched Accessible Japan: a website to provide basic barrier-free information on hotels, tours and tourism spots.

Providing this information is not only socially responsible, but also good for Japan’s economy, he said, citing data showing that, when travelling abroad, tourists with special needs on average stay longer (3.5 days) and spend more (£191) compared to able-bodied tourists (2.5 days and £164 respectively). They also have an average of 1.9 companions, who provide an additional spending boost.

With ageing populations on the rise in developed countries, attendees said that the work on barrier-free tourism should reflect its necessity for all.

Time Out Group, the publishing firm which launched its first city guide, London, in 1968, is also promoting accessible tourism in Japan ahead of Tokyo 2020. According to Akiko Toya, executive vice-president of Time Out Tokyo, the Japan office has launched Open Tokyo, on online and digital “diversity-focused guide to the capital.”

The move follows the firm’s success with Open London,the official London 2012 guide to the city’s highlights from an accessibility perspective.

Toya also shared that Time Out Tokyo will partner with the Nikkei to release a publication about Tokyo called Multiculturalism, in August.

Related to promoting tourism for all are efforts to use Japan’s sporting events to stimulate long-term growth in long-haul markets. Rugby World Cup host cities nationwide report that tournament coverage will showcase their tourist spots and visiting inbound fans will become influencers when they return home.

BCCJ member the City of Yokohama hopes its hosting of the RWC final will increase awareness overseas of its extensive sport and leisure facilities. Officials are also working on attracting some of the 400,000 expected attendees of the RWC to Yokohama for non-match days, to enjoy the city’s food, culture, shopping and night views.

According to Hiromi Suda, Yokohama promotion division manager at the Yokohama City Culture and Tourism Department, the main target markets are the UK and Australia. As theses audiences have different needs to domestic visitors, Yokohama has partnered with London-headquartered video ad tech firm Unruly to uncover which attractions might appeal.

By analysing emotional responses to video among global audiences, Unruly helped produce the city’s promotional video “Inspire your Soul; Find your Yokohama” with Brits and Aussies in mind. For example, a preview to 500 British people showed Cool Japan and Pokemon particularly resonated, so these images were given more prominence in the final cut.

For the RWC, videos that have the greatest impact will feature the themes of pride, inspiration, warmth, drive and happiness, he shared. In terms of nationality, Japanese audiences favour stylish, team-focused content while British audiences appreciate practical content and perspectives of individuals such as the captain.

Attendees also heard from Grim Narita, gold medallist at the 2018 Pyeong Chang Winter Paralympics. Like his older siblings, he competed in the Olympics until a sporting injury left him with a partially paralysed leg.

Before his injury, Narita admitted that he thought parasport was “at a lower level” than sport but competing in the Paralympics revolutionised his thinking.

He said the Paralympics shows the power of sport to drive, inspire and unite people and called for work to increase awareness and appreciation of the Paralympics

“Paralympians could compete in the Olympics. Their capability and skill are so high; it’s just their speed is slower, and they have some limitations,” he said. “The Olympic and the Paralympic medal value is the same, but the media and sponsors—with their actions—determine the Olympics medal to be of higher value.”

Narita called on businesses and individuals to help communicate the value and importance of the Tokyo 2020 Paralympic Games by increasing the audience size, boosting branding and communicating its wider contribution to society.