358 Days Inside the Suga Administration 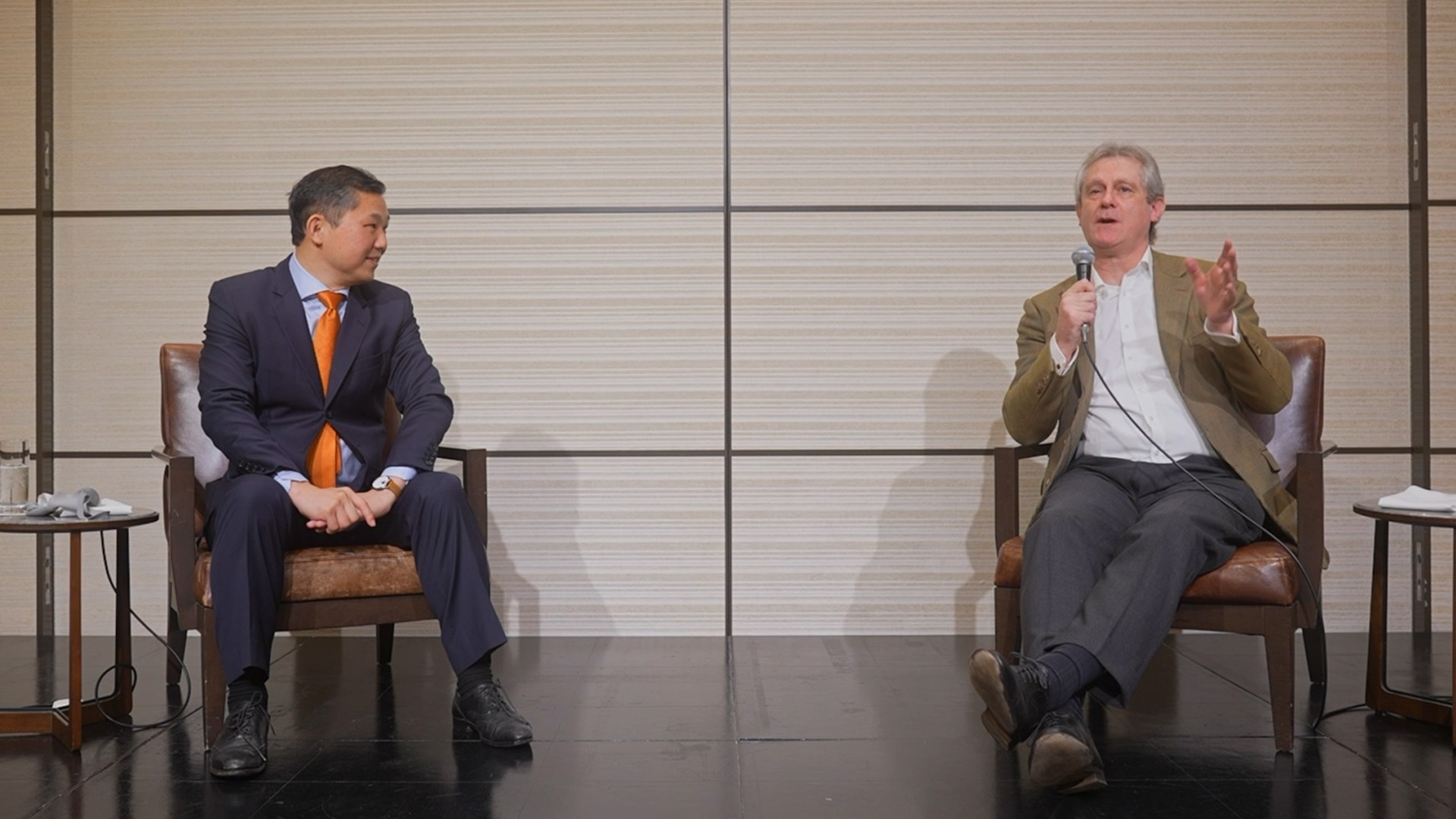 David Atkinson arrived in Tokyo in 1990 as a banking analyst, attracting almost instant infamy for calling out Japanese banks’ massive bad loans after the bursting of the asset bubble. Some three decades later and the Englishman is still generating controversy, having recently broken his silence after serving as a special adviser to the former government of Yoshihide Suga.

On March 9, Atkinson took to the stage of the British Chamber of Commerce in Japan for the first time, for a hybrid event, presenting an insider’s view on Japanese politics and business in his address, “358 Days Inside the Suga Administration.”

Explaining his initial interest in Japan, Atkinson said he started studying the language “when Japan was still hot, and everyone wanted to study Japanese because no one could speak the language and Japan was a very important economic presence.”

Graduating from Oxford University with an MA in Japanese studies in 1987, Atkinson began his career as a consultant with Andersen (now Accenture), working with Japanese financial institutions in New York City. His next move was to Tokyo, where he gained fame as a banking analyst with investment bank Salomon Brothers, before joining Goldman Sachs.

The Japan Times describes Atkinson as “one of the most influential observers of the sector,” praising him for his “objective and cool-headed analyses” of the Japanese banking industry, which was in crisis during the 1990s.

In 1991, Atkinson warned investors that Japanese banks were saddled with ¥20trn of nonperforming loans—a report that triggered a sell-off of Japanese stocks and sparked angry calls from the government and financial industry. It was not until 2005 that the bad loan mess was resolved, during which time the nation’s 17 major banks consolidated into just three.

“That was my first introduction to the wonders of Japanese politics and how the Japanese decision-making process works. I retired from Goldman in 2007 and had really no intention of going back to work,” he told the BCCJ.

However, a neighbour at his cottage in Karuizawa, Nagano Prefecture, asked him to help with her company, Konishi Decorative Arts & Crafts Co., Ltd., which was struggling financially despite having restored some of Japan’s most famous shrines and temples.

Now CEO, Atkinson described how he restructured the company, during which time he became involved in the politics of getting the Japanese government to invest more in the nation’s heritage.

A fluent Japanese speaker, Atkinson’s book on heritage and the need for an effective tourism strategy caught the attention of then-cabinet Secretary Yoshihide Suga. A phone call from the cabinet secretary and Atkinson was soon in the heart of Japanese policymaking.

“Japan had a tourism strategy for over a decade and it had gone absolutely nowhere … and I had produced an analysis of why it was going nowhere and what they needed to do,” he said. “We started doing things and, within months, the number [of overseas tourists] went from 8mn to 9mn to 12mn, and then to 32mn in five years, the largest increase for a developed country in that period of time in history.”

Atkinson took a hands-on approach to his task, even touring Narita International Airport to force changes to signage and other procedures to improve the arrival experience for overseas visitors.

After that success, Atkinson soon found himself working on everything from economic strategy to small business policy and even the COVID-19 response.

Asked how he found working in the Japanese government, Atkinson expressed his surprise at the lack of relevant statistics to guide policy, as well as the low level of economic academic analysis.

He described his frustration with the “fallacy of composition” in policymaking, where decisions are based on incorrect assumptions rather than facts, and a culture of “trying to shoot everybody down.”

However, he defended Japan’s recent economic performance, noting that the size of economies typically relates to population rather than cultural factors or the scientific knowledge base.

“For developed countries, there is a 100% correlation between the size of GDP and the size of the population,” he said. “If you have a larger population, you will have a bigger economy.”

“Eighty-five percent of Japanese companies have an average number of 3.4 employees, and the percentage of the population working in large companies is 31%; in Germany it’s 38% and in the US it’s almost 60%,” he said.

“By definition, large companies are more likely to understand the importance of digital and implement a digital strategy … I would defy anybody to come up with a big data strategy for a company with 3.4 people and make it work.”

Asked if there was an “invisible hand” or “power behind the throne” guiding government decision-making, Atkinson suggested power was more diffuse.

“There is no man you can talk to to get the prime minister to do whatever … it’s probably true in most countries that it’s a relative power balance. But in the absence of an absolute valuation of logic and evidence, in my experience the process here is more difficult to control,” he said.

Yet, while he criticised the speed of decision-making, Atkinson said the right choices were eventually made.

“It took 10 years for them to deal with the financial crisis, and a lot of people gave up and went home in the meantime, but they did finally do it. It took 10 years to get an effective tourism strategy, but they finally got one,” he said.