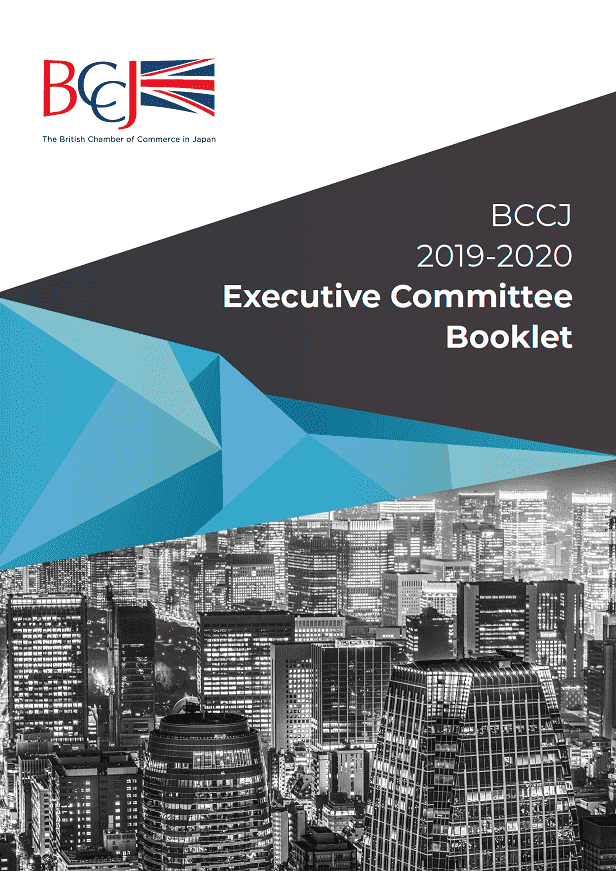 The nomination period for the BCCJ 2019-2020 Executive Committee (Excom) and Presidential elections opened on February 18.

At this year’s Annual General Meeting (Roppongi Hills Club, April 24, 1830+), 15 qualified and approved candidates will be elected to represent BCCJ members in the 2019-2020.

Since the number of candidates does not exceed 15, no election will be held.

BCCJ members are invited to welcome these 15 candidates at our 2019 AGM on April 24.

The following 15 candidates, listed in alphabetical order, have confirmed their willingness to serve on the 2019-2020 BCCJ Executive Committee.

You can read each candidate’s pledge in our election booklet – here!

Chris Heffer (Director of UK Trade and Investment at the British Embassy Tokyo) and Matt Burney (Director of the British Council, Japan) will continue to represent their respective organisations as ex-officio members of Excom.

Members: please sign up below to secure a spot at our AGM, on April 27 – when the 2016-2017 Excom members will be formally announced: