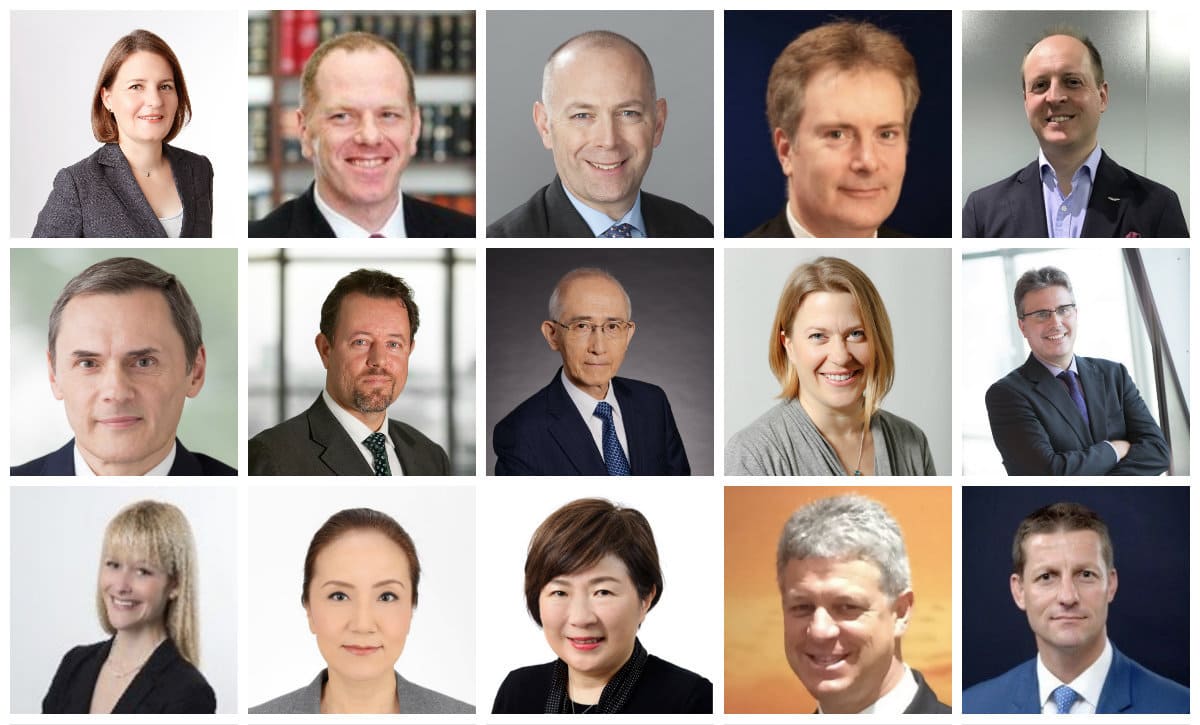 Held at the Conrad Hotel Tokyo, the meeting was opened by BCCJ Executive Director, Lori Henderson MBE who said it was a pleasure to be calling to order the AGM in the Chamber’s 70th year.

Opening remarks were given by HM Ambassador to Japan Paul Madden CMG, who described a very successful year in UK/Japan relations, and a thickening of economic and security ties following Prime Minister May’s visit. He noted that the UK’s forthcoming exit from the European Union presented an opportunity to develop ambitious new free trade deals with Japan and other partners around the world.

BCCJ President David Bickle was next to the stage to reflect on achievements and developments from the past Chamber year.

“As we enter the BCCJ’s 70th year, the bilateral relationship between the UK and Japan is more important than ever, with shared values providing a firm foundation for ever greater collaboration. Japan continues to enjoy sustained economic growth, and there are hopes this can be driven increasingly by domestic consumption. The adoption of corporate best practices, and the honour of hosting the 2019 Rugby World Cup and 2020 summer Olympic and Paralympic games, bodes well for openness and an environment of opportunity for firms that wish to expand their business here.”

In the President’s Report he went on to outline how the Chamber has increased business links and networking opportunities for all members in 2017-2018. This has included hosting a record-breaking 46 high-value events, welcoming 2339 attendees, with a more diverse audience – including more non-members and women – attending BCCJ events than ever before.

Bickle highlighted the Chambers’s continuing commitment to engage members through 9 communication channels, with traffic to www.bccjapan.com and social media followings having increased significantly year on year.

Still on the theme of communications, thanks was given to BCCJ ACUMEN publisher Custom Media for helping the Chamber expand its print reach over the past 12 months.

Bickle also pointed to the Chamber’s work to connect members with community opportunities surrounding the 2019 Rugby World Cup and the 2020 Olympic and Paralympic Games, through a new “2020 Vision” project.

Finally he thanked the 2017-2018 Excom, the BCCJ office team, and the Chamber’s independent provider of audit-related services, OC & Associates.

Turning to the election of the 2018-2019 Excom, Henderson reported a record turnout of voters – “by the voting deadline of April 12, we had received a record number of votes, representing a turnout of around 45% of BCCJ members.”

The nomination period for the BCCJ 2018-2019 Executive Committee (Excom) and Presidential elections opened on February 19. By the nomination deadline, March 16 at 1700, the Chamber office had received nominations from 18 candidates. Under the BCCJ constitution, the Excom is run by a minimum of 12 and a maximum of 15 individuals. From March 27 to April 12 the BCCJ electorate voted for their preferred 2018-2019 Excom Committee candidates via an online poll.

The following 15 candidates were elected at last night’s AGM:

Chris Heffer (Director of UK Trade and Investment at the British Embassy Tokyo) and Matt Burney (Director of the British Council, Japan) will continue to represent their respective organisations as ex-officio members of Excom.
Excom taskforce heads will be decided in the coming weeks.

David Bickle, of Deloitte Tohmatsu Tax Co, was elected by acclamation as Chairperson of the Executive Committee and President of the BCCJ for a fifth term.

The new committee, statement of accounts, and appointment of the chamber’s independent provider of audit related services (OC & Associates) were all approved unanimously.

Questions were asked from the floor about the BCCJ’s engagement with the European Business Council, and our commitment to Diversity and Inclusion. Lori Henderson MBE Executive Director of the BCCJ said that the number of female members at the BCCJ has grown steadily over the past seven years and that this is a trend the Excom will work to continue.

Thank you very much to everyone who joined the AGM last night, and to the team at the Conrad Hotel Tokyo.

Supported by the 2018-2019 Excom, we look forward to an active and exciting Chamber year ahead!