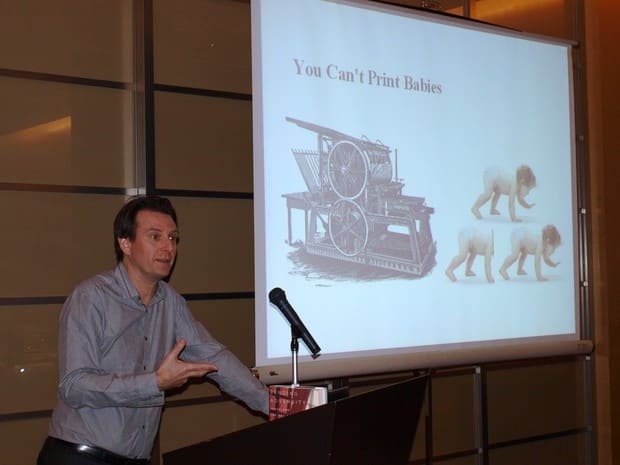 The speaker went onto argue that too much emphasis had been placed on Japan’s low productivity rates, noting that, in comparison with other nations, Japan’s “productivity growth is not that bad after all”.

He also pointed out that despite the overseas perception that the Japanese economy is dying – having dropped to third place behind China and the US – it is still home to more than 10% of the top Fortune 500 companies in terms of revenue.

Abe’s long-term strategy was psychologically important for a country where recent Prime Ministers have been as “fleeting as sakura”, said Pilling.

Monetary policy was the most effective of Abe’s ‘three arrows’ aimed at economic growth, while structural reform, the infamous third arrow – such as opening up protected markets and relaxing labour laws – was the least important approach.

“Overall the Japanese labour market has actually been extremely flexible,” Pilling argued. “Hours worked have gone down enormously, wages have gone down like nowhere else in the world, and the flexible part of the labour market, casual and contract workers, has increased”.

He concluded with a belief that Japan would avoid hyperinflation but still faced ongoing difficulties such as the falling population. “You can’t print babies,” he said wryly.

Following the presentation participants had the opportunity to ask questions.

After the event, David signed copies of his new book Bending Adversity: Japan and the Art of Survival (Penguin, 2014), which is available to buy now.

More photos from the event are available HERE