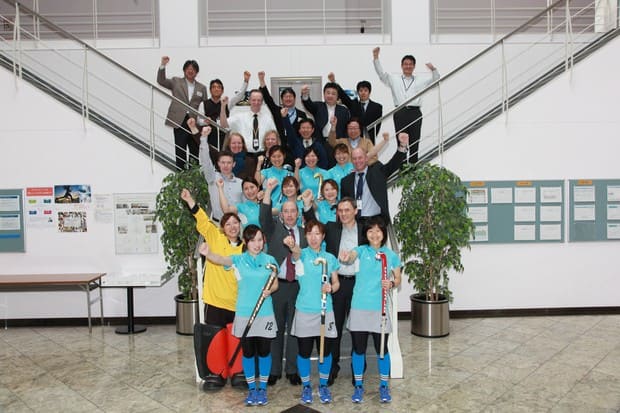 GlaxoSmithKline K.K. (GSK Japan) Womens’ Hockey team, which includes three Olympians, will compete in the final matches of the Womens’ Japan Hockey league from May 24-26 in Nikko, Tochigi Prefecture.

Competing with strong opponents, such as Coca Cola and Sony, at Nikko City’s Hockey Pitch, and ranked fourth in a total of eight teams, the team invites you to cheer them to victory!

Jim Fox, General Manager of GSK Japan’s Nikko factory, says: “We hope to make a lot of noise that will inspire our team to victory on our home pitch. As part of GSK’s 40th anniversary celebrations we will welcome over 100 employees from our Nikko site to cheer on the team. Philippe Fauchet, President, GSK Japan, will also be in attendance”.

The BCCJ wishes GSK Japan the very best of luck and success this weekend!