Women of Vision in Japan – Breaking the Limits 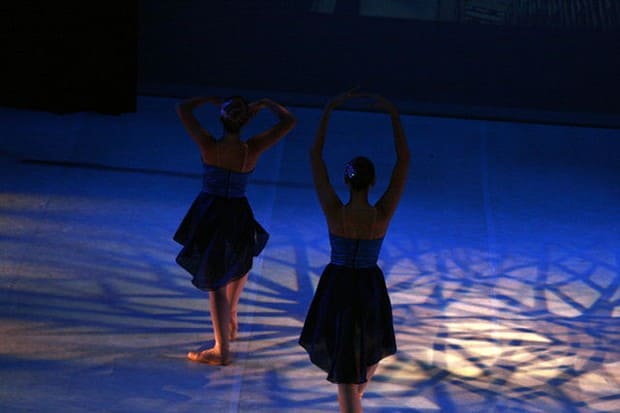 Committed to advancing Diversity and Inclusion (D&I), the BCCJ welcomes NHK World’s report series, “Women of Vision – Breaking Barriers”, which highlights the achievements of exceptional and inspirational women in Japan.

This month, NHK World reports on Maiko Nishino, who has garnered global attention for her skills as a prima ballerina in Norway. A documentary film will be released in Japan in February, shining a spotlight on her successful balancing act of ballet and motherhood.

After studying with Sachiyo Hashimoto and Hans Meister, as well as at the Royal Ballet School in London, Nishino joined the Norwegian National Ballet in 1999. She has starred in both the classical and modern repertoire and has become one of the company’s leading dancers. She was appointed Principal Dancer in 2005, the same year in which she received the Critics’ Award for the role of Odette/Odile in Swan Lake. In 2009 she was awarded the inaugural Tom Wilhelmsen Opera and Ballet Prize.

As NHK World reports, Nishino is now 35, Principal Dancer, and trains a disciplined nine hours a day. Off the stage, she perfects her other role: raising her 2-year-old son, Eilif. Nishino admits it is a tough balancing act, but says it is all worth it when she sees her son.

When she became pregnant three years ago, a new journey began for Nishino. Most ballet dancers retire after having children and she was concerned about how she would be able to balance pregnancy and parenting with the physical demands of dance.

Ballet director Ingrid Lorentzen says, “(other dancers) are waiting when you are not there, (hoping) that it’s going to be their chance”. Nishino knew she would have to return quickly to keep her place.

In Norway, where 35 % of fathers take paternity leave (in Japan it’s just 2.3%), the natural choice was for Nishino’s husband to step in. He took five months paternity leave, giving Nishino time to return to training, restore her stamina, and spend time with her son.

Seven months after the birth of her son, she proved she could still dance as a principal, dancing “Swan Lake.” Nishino had to perform 32 consecutive turns as part of the performance – a feat that requires incredible technique and stamina – and successfully performed them all.

In Japan, approximately 60% of women leave permanent employment after having children, partly because of the poor availability of childcare – a problem that could be partly solved by more stay-at-home fathers.

The problem has been exacerbated by a rise in the number of complaints about maternity harassment – dismissal, demotion, and unfair treatment after giving birth.

Prime Minister Shinzo Abe says he wants to raise the number of women in the workforce and reduce the pay gap. Currently, women on average earn 70% of a man’s salary for the same work, ranking 101 out of 142 countries in the World Economic Forum’s 2015 global gender gap index.

At 64%, Japan’s female participation rate in the labour force, compared with 84% for men, is one of the lowest among the 34 leading economies of the OECD.

The Japanese government plans to offer subsidies to companies that allow fathers to take time off in an attempt to lift the paternity leave rate to 13% by the end of the decade. Women like Nishino are leading by example, showing the younger Japanese generations how things can be done.

Off the stage, Nishino still finds joy in visiting the place where it all began. She returns home to Osaka at least once a year to visit her mother, Istue, who is her role model. Itsue was also a working mother, and is her daughter’s most avid supporter.

Nishino is a determined woman. She wants to remain Principal Dancer until she retires. “It all boils down to how hard I can push myself” she says. Judging by her achievements so far, we are convinced she will be successful.

More D&I News from the BCCJ

Diversity: where are we now?
https://bccjacumen.com/diversity/