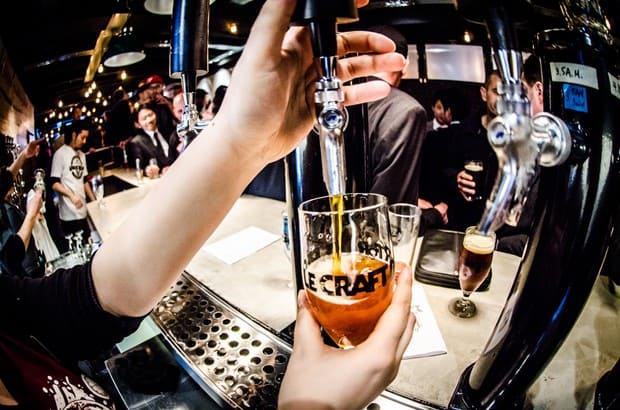 **We are delighted to welcome BrewDog Japan as the newest Entrepreneur member of the BCCJ!**

The BrewDog brand worked closely with fellow BCCJ member Whisk-e Limited, who have represented Aberdeenshire-based BrewDog since its inception in 2007.

The bar features a selection of beers from BrewDog’s quirkily named core and limited ranges and a wide range of craft beers from around the world.

The bar’s chef has cooked for names from Johnny Rotten to the Emporer of Japan and serves a food menu to complement the beers, while you choose from a menu on airport-style screens.

The venue also hosts a weekly British Beat set from DJ Guy Perryman, who plays a selection of British music from the 60s to the 90s every Sunday from 1900 – 2100.

BrewDog Japan CEO David Croll said: “Come and share our passion for the finest craft beers on the planet- 10 taps of BrewDog every day and 10 guests taps from around the world!”

The brand has become a British success story, with 12 UK bars now open since the brewery began and plans for further global expansion – but this is the first in Asia.