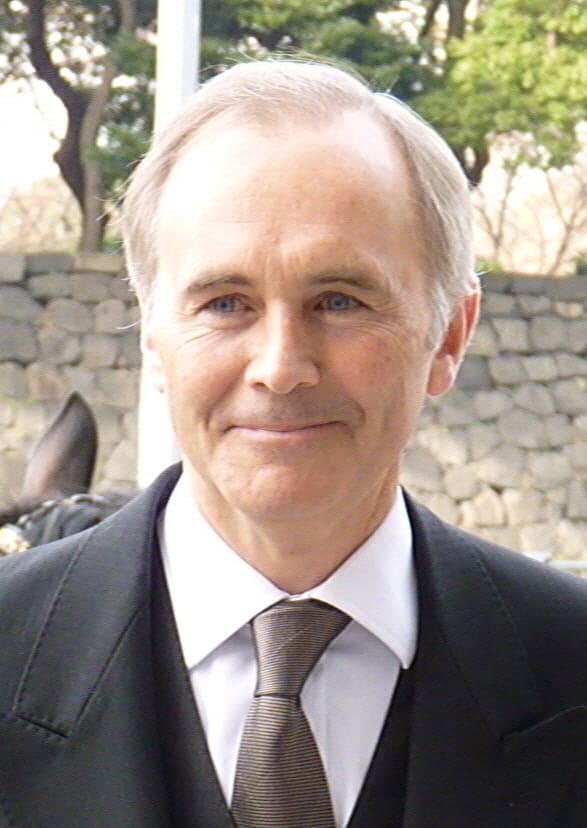 On February 21 2013 at the Conrad Tokyo, the BCCJ had the pleasure of welcoming Tim Hitchens, CMG, LVO in his new role as British Ambassador to Japan.

Lori Henderson, Executive Director of the BCCJ, reminded the audience of around 80 BCCJ members and guests that this is Tim’s second posting to Tokyo, following his time as Trade Secretary from 1985-1989. Henderson explained that the Ambassador’s links with Japan and the British Embassy stretch back to 1977 when he accompanied his father, at that time the UK’s naval attaché, on a two year Tokyo tour of duty – giving the Ambassador a long-standing connection to the country, as well as fluency in the Japanese language.

Tim returns to Japan having had an enviable career covering a variety of regions and issues – from being Deputy Private Secretary to Her Majesty the Queen, to becoming Director for European Political Affairs, to, most recently, being the Director for the UK’s relations with Africa.

At the February 21 event, Ambassador Hitchens explained that he looks to bring something new and unique to the Ambassador’s office. He described how, to his mind, being a successful Ambassador means striking a balance between “talking up” a market and being a true observer and judge of circumstances. He went onto convey five points by which he would measure his success in the post.

Ambassador Hitchens called attention to events that could drastically change the positioning of Japan on the global stage – firstly, highlighting the direct effect of Japan-China relations on economic and security environments. He continued by reviewing Japan’s new economic policy and what this might hold in the long term for foreign investment and energy dialogue. He also pondered whether or not Tokyo would win the bid for the 2020 Olympics and how this outcome could positively impact the Japanese economy.

Ambassador Hitchens ended his speech with a reference to former UK Ambassador to Japan, Sir David Warren, stating “…there was a prevailing depression which dominated during his time as Ambassador”. Hitchens explained that, since taking up office in December 2011, he has found a far more positive and up-lifting spirit to be prevalent.

Photos from this event can be found HERE.