Written by BCCJ
September 12, 2016
Past Event Round Ups 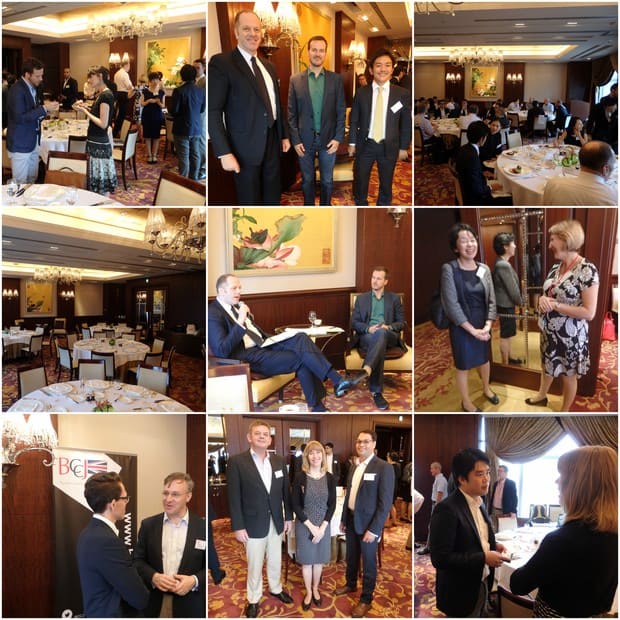 Written by BCCJ
September 12, 2016
Past Event Round Ups

TransferWise has become one of London’s biggest and best known fintech success stories. On 8 September 2016, Taavet Hinrikus, Co-Founder and CEO of the international money transfer platform, addressed BCCJ members and guests at a fully-booked lunch session at the Shangri La Hotel to speak about his company’s successful business model, the importance of customer satisfaction, and the current impact of fintech on the financial industry.

After lunch and networking in the relaxed setting of the Conway Room of the Shangri-La Hotel Tokyo, Taavet Hinrikus opened the event by revealing to his audience the inspiration behind his business, TransferWise.

Hinrikus was working for Skype in Estonia, and was paid in euros, but lived in London. His colleague, Kristo Käärmann, worked in London, but had a mortgage in euros back in Estonia. Both became frustrated about having to deal with banks’ outdated technology and excessive fees. And so they devised a simple scheme. Each month the two of them checked that day’s mid-market rate on Reuters to find a fair exchange rate. Käärmann put pounds into Hinrikus’ UK bank account, and Hinrikus topped up his friend’s euro account with euros. Both got the currency they needed, and neither paid a cent in hidden bank charges. And then it occured to them – why not make this service available to everyone?

Founded in 2011 by Hinrikus and Käärmann, and backed by Sir Richard Branson, Peter Thiel and Ben Horowitz, TransferWise reduces the cost of FX transfers by running a network of bank accounts across the world and collecting customer money in one currency while providing counterparties in others, paying out from its accounts in each individual country.

Hinrikus emphasised that in starting up a business, it is “not about wanting to be a millionaire, but more a desire to make customers’ lives easier.” In doing this, he said, it is important to “focus on solving the bigger global problems.”

The key to the firm’s success, Hinrikus believes, is offering excellent service that is better than everyone else’s: “TransferWise performs very well in customer satisfaction surveys. And when customers are happy, they recommend the service to their friends, which is always a good development.”

Hinrikus said he feels “cautiously optimistic” about doing business in Japan. TransferWise has chosen to target Japan as it is one of the largest economies in the world. Additionally, there are 1.3 million Japanese expatriates who want to send money home, as well as the 2.2 million foreigners living in Japan. The firm will work with Mitsubishi UFJ Financial Group Inc. to complete transactions and ensure liquidity, the speaker said.

Key to success in the Japanese market, said Hinrikus, was a strong team in Japan with expert local knowledge. TransferWise has started its Japan business with three local employees and plans to increase the number to about 10 over the next year. The website will be available in Japanese as well as English. His goal, said Hinrikus, is to attain a 5 percent share of the local remittances market over the next two or three years. The share of the UK market is already at 8%.

As with any country, said Hinrikus, the biggest challenges can be the regulatory hurdles and finding banking partners: “Although localistion has taken some time in Japan, thanks to a strong local team, we have had good experiences with the banks here and getting approval from Japan’s Financial Services Agency was relatively straightforward – it’s important to be close to our customers.” The biggest challenges the firm anticipates in Japan, said Hinrikus, will be marketing and gaining the trust of new customers.

Answering a question from the audience regarding the different legal and regulatory hurdles, Hinrikus emphasised that TransferWise always follows the regulations of individual countries and complies with all regulators. “We are regulated by over 50 regulatory bodies, but only by working with them can we improve the regulatory landscape”, he said. Some challenges in Japan include the requirement for a postal address and the relatively low daily transaction limit. These regulations, says Hinrikus, are “not necessarily obstacles, but an incentive to find new solutions.”

As well as Japan, TransferWise has started operations in Brazil, Canada, China and Singapore this year and plans to do so in New Zealand and Hong Kong next. The company processes more than $1 billion each month and saves customers $1 million every day, according to Hinrikus. The business has more than doubled in the past year by monthly revenue and the number of transactions, he said.

Reminding the audience that the last real innovation in financial technology was the ATM – 50 years ago – Hinrikus spoke of a new era in which “nerds are taking over from an ancient world of dinosaurs”. Technological distruption, he said is becoming mainstream, and banks will need to reinvent themselves technologically, to focus on consumers, and become more nimble in order to compete.

“TransferWise is disrupting a legacy industry that has been charging huge margins on international money transfer for too long”, said Hinrikus. “SMEs are underserved and overcharged by banks -Transferwise is up to seven times cheaper for businesses to send money abroad compared to using a bank as businesses can avoid the high upfront fees and hidden costs of huge fx spreads.”

Although TransferWise for business is not yet available in Japan, Hinrikus highlighted that SMEs will be able to save a lot of money in future when managing international invoices, paying overseas employees or freelancers, funding SMEs international offices, or requesting money from clients abroad. “The company is increasingly taking on the world of international business transfers,” said Hinrikus.

Consumers are now spending more than £500 million a month globally through the Transferwise ­platform.

Advising the audience on the key to building a successful business, the speaker emphasised talent and capital, but also highlighted the importance of being close to one’s customers. Hinrikus also warned that while Silicon Valley might seem like the first place to look for talent, that talent is very young, expects high salaries, and will move on quickly. “It’s a fierce race,” said Hinrikus “so it’s worth looking at other talent pools such as New York, increasingly known as Silicon Alley, London, or even places like Berlin, now known as “tech-mecca.”

Concluding the event, Hinrikus’ message to BCCJ members thinking about starting up their own business was:

“Solve the big problems; remember you are only as good as the team you are building; and have courage to get started!”

How does TransferWise work? Watch the video HERE