The EU and Posed Risks for Referendum 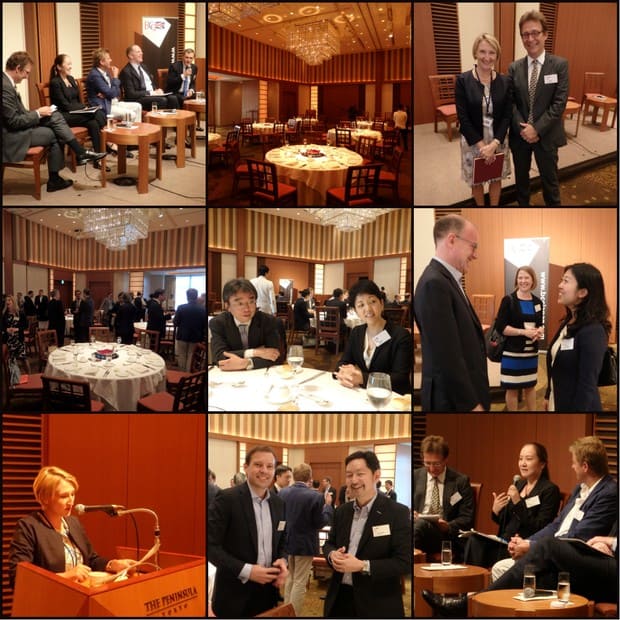 *The following event was held under the Chatham House Rule to encourage open discussion and to allow individuals to express views that may not be those of their organizations. The following summary therefore gives a general overview of the topics covered at the event or provides accounts of official company statements which are publicly available.*

On 14 June 2016 BCCJ members and guests gathered at The Peninsula Tokyo in the prestigious business district of Marunouchi to hear a panel of senior executives representing UK industry reflect upon the position of the UK as a member of the EU and examine the industry arguments for (“Bremain”) and against (“Brexit”) continued EU membership.

Following an excellent lunch in the grand ballroom of the Peninsula Hotel Tokyo, with an outstanding view of the Imperial Palace Gardens, moderator Dan Slater, Director of the Delphi Network, opened the event by introducing the panelists:

The session began with a reflection on the current UK polls with internet surveys so far pointing to a close race. Recent phone and online polls show support for Brexit growing to 46%, with the proportion backing the remain campaign falling to 44%, and “don’t knows” at 10% (Source: BBC News 14 June 2016). It was pointed out that the “don’t know” camp would be decisive in determining the final referendum result and that it is therefore best to be cautious before making any predictions.
Philippe Fauchet OBE, President and Representative Director of GlaxoSmithKline (GSK) explained that several global pharma leaders, including GlaxoSmithKline chief, Sir Andrew Witty, have officially announced that they believe it is better to remain in and reform the EU rather than trying to plot a new course from the outside. The position of many pharmaceutical companies is that a British exit from the EU would create greater regulatory complexity, isolate the country’s scientists, and reduce its influence in medicine.
Jonty Brunner, British Airways’ Regional General Manager Japan & Korea, said that the result of the EU referendum will affect various airlines differently. Some are more heavily dependent on EU agreements, whereas others have always determined business at a national level with bilateral negotiations. In the case of BA, its parent company International Airlines Group owns Iberia and Aer Lingus, which have Air Operator’s Certificates (AOC) in the UK, Ireland and Spain. However, if the UK leaves the EU, other airlines without such certificates may be forced to set up a formal British business by obtaining a UK AOC; membership of the EU Open Skies Agreement would also be uncertain. 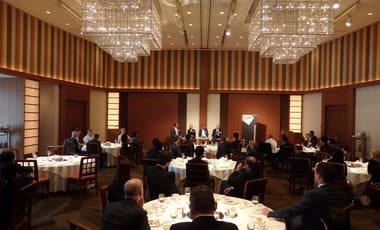 Reiko Sakimura, Partner at Clifford Chance Law Office, said that the law firm’s management has taken a stance on the question of the UK’s EU membership, arguing that it is in the interests of the City, of many clients’ businesses, and of the law firm itself for the UK to remain.

Sakimura emphasised the considerable importance of the relationship between the City of London, the UK more generally, and the European Union in the legal areas of banking, intellectual property, tarifs, M&A, and capital markets.

David Bickle, President of the BCCJ, said that the impact of a British exit or “Brexit” following the EU referendum has the potential to be wide‑ranging for all businesses, and crucially is not easily predictable at this stage.

The speaker highlighted the three distinct phases of the referendum process: firstly the referendum campaign up to the vote on 23rd June; then, if the vote supported an EU-exit, the period, formally set at two years, during which the UK would negotiate with the EU and the rest of the world; and finally the long-term business environment that would emerge over a number of years after the negotiations.

Bickle said that in practice, a vote in favour of Brexit is unlikely to result in immediate changes to indirect tax law, practices and policy, but, in the longer term, changes are likely to apply to Customs Duty and procedures.  Direct taxes will not be affected directly by a Brexit outcome, since they are not governed by EU law – they may however be affected by wider taxation reviews following an exit.

The panel agreed that the the issues involved, particularly post-Brexit legal, regulatory and trading arrangements, are complex and uncertain and that the biggest risk is “the unknown”. As one panelist summarised, “The only certain thing about the EU referendum is uncertainty”.

The development of the current political and media dialogue in the UK was also discussed, with concern expressed about the “toxicity” of certain issues as well as bias and distortion on both sides of the debate.

In the subsequent question and answer session, the audience addressed diverse and interesting topics such as the political consequences for the UK, opportunities for growth outside Europe, potential membership of other economic unions, and the ramifications for and the future of Europe.

In conclusion, David Bickle announced the results of the BCCJ’s “Just For Fun” BCCJ EU Referendum, an anonymous poll conducted between June 1-13 among BCCJ members regardless of nationality; the results of this poll can be viewed on the BCCJ website HERE.