The Challenges of Omnichannel Retailing 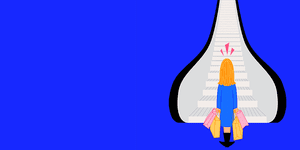 It might not feel like it, but the fact is that online sales growth is decelerating, and annual market share gains are slowing too — both early signs of maturity. FTI Consulting’s forecast model expects U.S. online sales growth to slow to a 10% compound annual growth rate between now and 2020. Online market share of total retail sales, currently at 10.5%, will approach 17% by 2020, ultimately plateauing around 20%.

Indeed, consumer expectations have evolved. They now want an integrated platform that will allow them to look at reviews without leaving the site, to search online for items they can pick up, and to return purchases either online or in the physical store. They expect everything to work on their smartphones, too — and to work well.

The catch 22 of omnichannel retailing

Recent research indicates that approximately 25% to 30% of the capital expenditure budget for large retail chains is earmarked for online/omnichannel initiatives. For most retailers, omnichannel may be a Catch-22. Although they have no choice but to commit to online, the return on investment is not only problematic, but may be negative.

In a recent survey by HRC Advisory, 75% of retailers said a portion of their e-commerce sales steals from more profitable in-store sales, challenging their basic business model. Tesco, for example, has found that its successful online Black Friday and Cyber Monday sales had a net negative impact on the business due to heavily discounted products — some below cost — that damaged bottom-line profit.

The Catch-22: Large-scale retailers cannot opt out of online nor can they opt out of an integrated omnichannel offering, yet embracing and implementing these initiatives provide little assurance of greater customer visits, loyalty or improved bottom-line results.

Rationalizing the store to drive ROI in an omnichannel world

Rationalization can manifest itself in several ways. The first is obvious: The store that gets closed. Unprofitable or marginal stores that are candidates for shuttering should be evaluated with the assumption that some estimable portion of these lost sales can be retained. In 2015, major chains — from Target to Walgreens and from Office Depot to Barnes & Noble — shuttered almost 10,000 stores in North America.

The second is less obvious: The store that doesn’t get opened. The online channel reduces the imperative to be in some secondary markets and locales. Many of those markets can be served without a physical store which accounts for the appreciably slower growth rate of new store openings and the shrinking size of those stores. Since 2012, compared with the pre-recession period, new stores are approximately 25% smaller than the average size of existing ones.

Rent reductions and other favourable lease terms are another aspect of store rationalization. As leases expire on middling performers or stores in marginal locations, large omnichannel retailers can be more aggressive in negotiating new lease terms, especially with landlords of class B shopping venues that are especially wary of vacancies in this uninspired retail environment.

Generating economic returns from sizeable omnichannel investments must include both a more deliberate and an increasingly aggressive approach to store rationalization decisions. If efficiencies are not wrung from the store side of the business, an omnichannel strategy is far less likely to be a legitimate moneymaker for large retailers and probably will turn out to be just another cost of doing business (and an expensive one, too).

While FTI recognizes that many large retailers have had good success in driving customers and sales to their online sites, it is online’s all-in contribution to enterprise ROI that ultimately matters most.