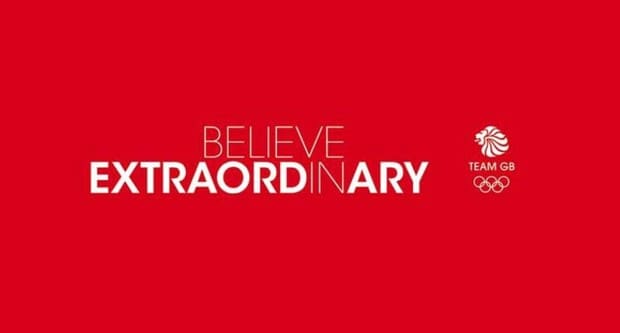 The Olympic and Paralympic Games is one of the most effective international marketing platforms in the world, reaching billions of people in over 200 countries.

On 9 February 2016 at the British Embassy, UK Trade & Investment (UKTI) hosted a briefing for BCCJ members and guests at which Bill Sweeney, Chief Executive Officer of the British Olympic Association (BOA), shared insights into the BOA, Team GB, and the partnership and sponsorship opportunities that exist as a partner of Team GB for Tokyo 2020.

Tim Johnson, Head of the Strategic Trade Team at UKTI, opened the briefing by highlighting UKTI’s enthusiasm for the 2020 Tokyo Olympics: “We have a genuine interest in supporting Japan deliver a successful Games and at the same time this is an excellent export and business opportunity for British companies”.

In 2015 the UK Home Office and the National Police Agency of Japan signed a security agreement to contribute to the delivery of a safe Olympics in Japan. Inward trade missions from London to Tokyo and delegation visits from Tokyo to London, said Johnson, have already resulted in the securing of contracts – “there are many exciting opportunities for partnership-led delivery.”

The close ties between the UK and Japanese governments were further cemented on February 8th 2016 by the signing of a Memorandum of Understanding (MoU) between the BOA and the Japanese Olympic Committee (JOC), which will allow the BOA to use facilities at Keio Hiyoshi Campus and Todoroki Stadium, as well as the Yokohama International Swimming Pool, for their pre-Games training.

Before introducing the main speaker, BCCJ President David Bickle conveyed the commitment of the BCCJ to supporting partnerships during the Games by creating sustainable opportunities around sporting events among members and UK companies, whether in the form of consulting and services, corporate social responsibility, or brand association.

“The BCCJ’s Global Sporting Events mission aims to achieve the best possible organization, business and community results before, during and after the events.” Bickle said. “The BCCJ’s successful platform for key stakeholders and our events programme underpins this mission, supporting maximum knowledge-transfer between London 2012 and Tokyo 2020.”

The BOA is internationally recognised as one of the world’s leading National Olympic Committees (NOCs) within the Olympic family and Team GB is the brand that represents athletes from Great Britain and Northern Ireland. Working with the National Governing Bodies, the BOA selects Team GB from the best sportsmen and women who will go on to compete in the 28 summer and 5 winter Olympic sports at the greatest sporting competition in the world.

Speaker Bill Sweeney, CEO of BOA began by highlighting the unique position of Team GB. Unlike most other participating countries which are government funded, he explained, Team GB is independent, privately funded and receives no annual funding from the lottery or government. It is therefore the responsibility of the BOA to acquire support from commercial brands, events, licensing and fundraising to support Team GB athletes on their Olympic journey.

The success of our mission, said Sweeney, “is entirely dependent upon the income we receive from our fundraising and events and, as a result, is the strong, independent voice for British Olympic Sport.”

Team GB, Sweeney enthused, is “a team that is inspiring a generation”. Quoting figures from the International Olympic Committee (IOC), Sweeney revealed that 7/10 of youths say that Team GB athletes have replaced music stars and footballers as perfect role models, and are inspiring fans to live a healthier and more active lifestyle.

The speaker also reported that the Olympics are the most followed sporting event in the UK and that the fan base “is the most diverse sporting fanbase in the UK – fans are equally represented in all age groups with a uniquely even gender split (54% female, 46% male).”

“Our vision is to inspire the nation with Olympic athletes in the pursuit of excellence”, said Sweeney, “and our mission is to bring our country together behind a team everyone can believe in through the power of the Olympic Values.”

The speaker emphasised that their brand strapline – Believe in Extraordinary – encapsulates “what drives Team GB athletes, how the nation is moved by the power of their achievements and represents a motto to inspire us all to believe that we too can achieve our personal best.”

Their brand values, explained Sweeney, focus on Team GB as one:

“Excellent performance, is achieved with the four pillars of Responsibility, Unity, Pride, and Respect. Team GB’s brand attributes of Inspiration and Togetherness resonate extremely well with the British public and are of the utmost importance when selecting potential partners.”

Partnership opportunities with Team GB, said Sweeney, are about brands that can make each other better.

Sweeney went on to define Team GB’s three partnership philosophies. Firstly, marketing partnerships. Sweeney emphasised that “it’s not about who to get the most money from, but about shared value.”

To illustrate, the speaker provided the example of their partnership with Aldi. This partnership might seem unlikely, but proved to be of great mutual benefit; “Aldi is now the most loved marketing brand in the UK, all Aldi produce is sourced and made in the UK and Ireland, and the supermarket has a mission to bring healthy produce to the people.”

The second philosophy, the speaker continued, is flexibility. “Partnerships should be strategic” the speaker explained, “Partnerships with sports brands can sometimes result in domination by that brand, but Team GB needs to be seen”. This is how Sweeney explains unexpected tie-ups with partners such as Strongbow (promotes responsible drinking) and sofa makers DfS (“supporting the rest and relaxation of Team GB athletes on their road to the Rio 2016 Olympics”).

With regard to the third philosophy, Less is More, the speaker highlighted the importance of long-term relationships with partners, going beyond four years. Having to rebuild partnerships from scratch is a great drain of shared knowledge and resources. The BOA, said Sweeney, appreciates partnerships which develop value and provide long-term assets.

“The creation of digital partnerships are equally important”, said Sweeney. Shared social media campaigns, for example via online competitions and campaigns, allow Team GB and partners to reach a wider fan base/audience, providing them with rich content and resulting in increased interaction, reach, and traffic.

Partner events also create value for both partners, Team GB, and fans. The speaker mentioned successful concepts such as the Team GB House, Fan Zones, an Olympic ball, and the Athletes’ Parade as just some examples of events that have resulted in excellent marketing results and huge fan popularity.

In conclusion, Sweeney highlighted the business value created by strong partnerships; “From category exclusivity to intellectual property, from exclusive media access to bespoke marketing assets, the benefits are immense.”

Partners and Team GB can “enhance their brand, multiply customer loyalty, improve B2B relationships, develop CSR relationships and raise national awareness.” The speaker mentioned the potential of two sectors that are not yet represented among the current partners, namely the banking and telecommunication sectors.

Watch the inspiring and moving Best of London 2012 video HERE 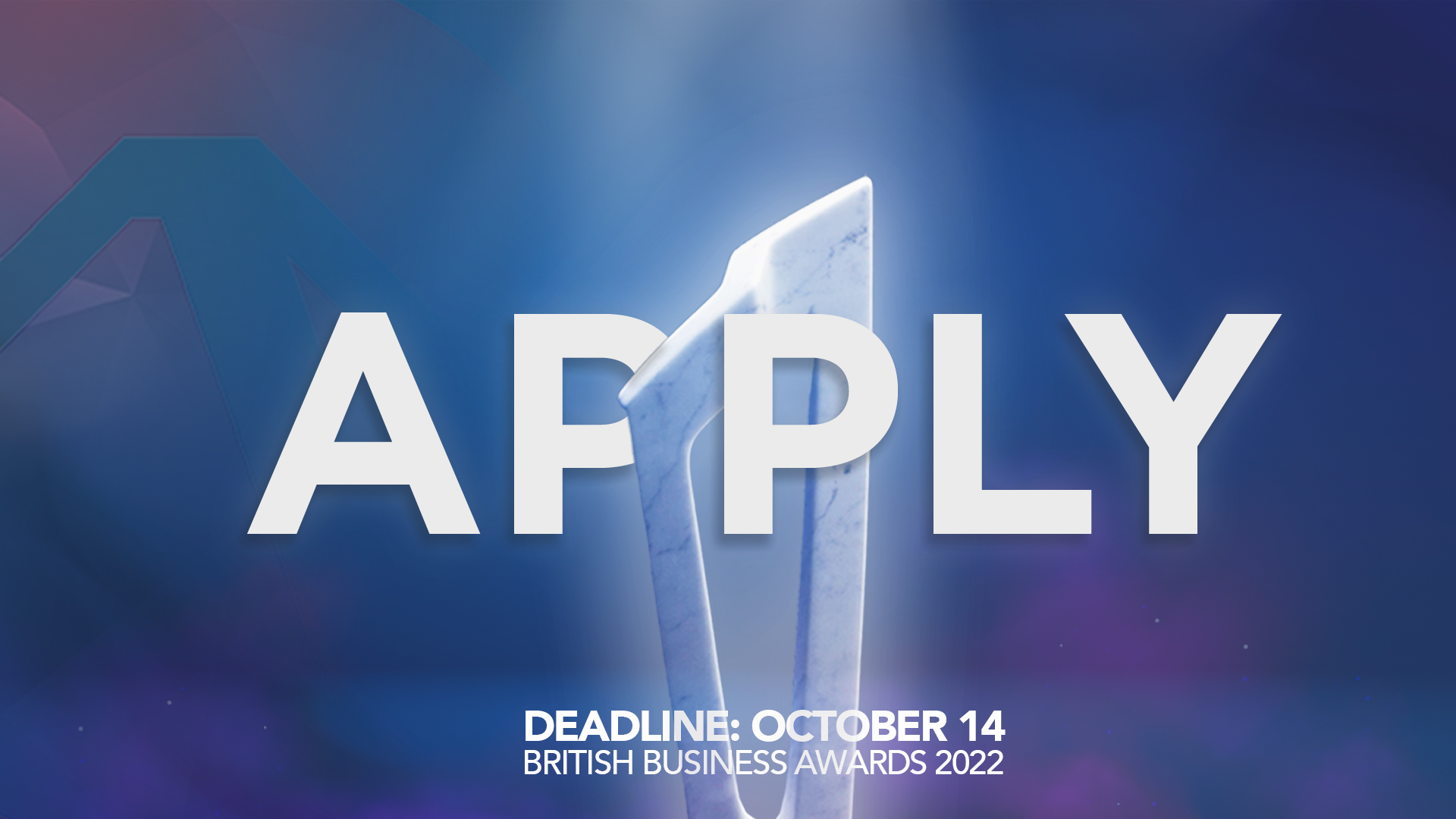