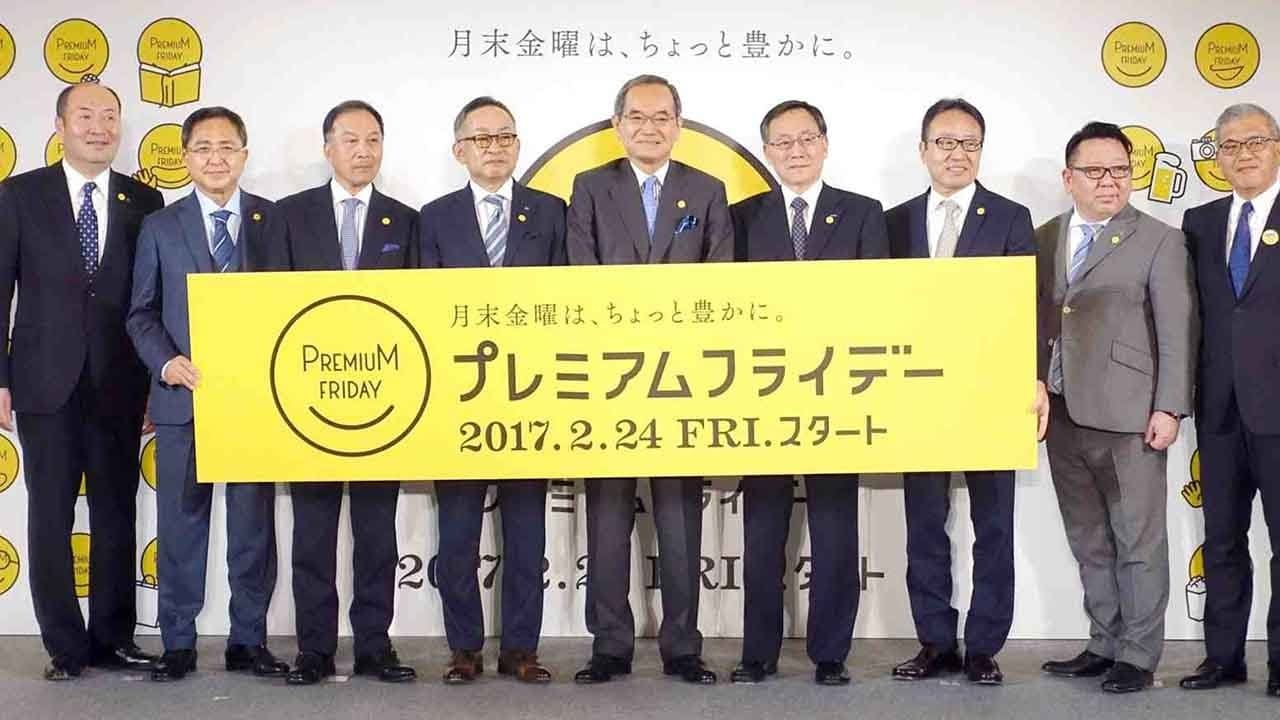 The Premium Friday campaign was launched today by the government and business lobby Keidanren, and calls on workers to leave the office at around 3 p.m. on the last Friday of each month.

Aimed at boosting consumption and curbing long working hours, businesses are hoping to cash in on the move, offering a variety of new services and products.

With high expectations that a longer weekend will encourage people to travel and enjoy their free time more, airlines, restaurants, and retailers are promoting special offers and hoping for better business.

“We hope this will encourage people to leave the office earlier,” said an ANA spokeswoman. “Participation by the government and companies is needed to push forward reforms (in the working culture).”

Mizuho Research Institute estimates that the initiative could have an economic impact of about ¥500 billion to ¥600 billion if more firms joined the campaign. If not, the business impact is likely to hover around ¥200 billion to ¥300 billion, it said, adding that the travel and restaurant industries are most likely to benefit from Premium Friday.

According to the government-affiliated Premium Friday Campaign Council, 76.4 percent of some 1,600 firms and organizations were willing to join the move. As of Wednesday, 2,342 had applied to use the official logo promoting the campaign, it said.

But a survey conducted by market research firm Intage Inc. showed that only 2.5 percent of the respondents said their company will be introducing Premium Friday in February. Economists are also skeptical of the rosy picture the government and businesses are trying to paint.

Takayuki Miyajima, a senior economist at Mizuho Research Institute, said despite the number of companies that have signed up, a vast majority are taking a wait-and-see approach to how Premium Friday unfolds.

Economic commentator Hajime Yamazaki argued the initative would simply result in a change in consumer spending habits instead of boosting the economy: “If people start spending money on Fridays, they’ll stop using it on other days,” he said.

Yamazaki warned that the campaign could also result in an additional burden on employees on other days of the week, adding that stricter regulations capping working hours should be introduced at the same time. Other labour reforms that should be adopted include enabling employers to dismiss workers, and to allow workers to earn money on the side to ensure a productive and balanced approach to work, Yamazaki said.

If Japan is really serious about reinvigorating the economy, the best way is to delay the consumption tax hike to 10 percent slated for October 2019, he said.