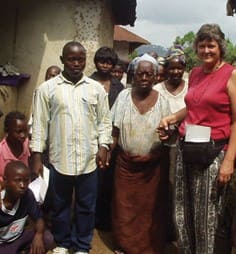 Jane Best, President and CEO of Refugees International Japan, has been awarded an OBE in the New Year Honours List.

Jane, who received an MBE in 2001 for her community contributions, was recognised for her work supporting refugees and displaced persons in Asia and Africa.

Refugees International Japan (RIJ) is staffed by volunteers in Tokyo and raises funds to help those left without homes due to war and conflict. It channels the money it has raised to established organisations on the ground, with the aim of building a sustainable future for communities.

The NPO is a honourary corporate member of the BCCJ.

Jane first moved to Japan in the 1980s and previously ran the popular 1066 restaurant in Naka-meguro, which hosted charitable events. In 2000 she took on her RIJ role on a voluntary basis before becoming CEO and President in 2006.

Congratulations to Jane on her new honour!