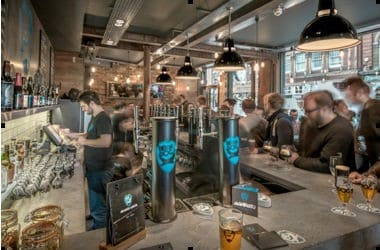 A new BrewDog craft beer bar is set to open in March this year in Tokyo’s Roppongi area.

Working closely with BCCJ member Whisk-e Limited, who have represented Aberdeenshire-based BrewDog since its inception in 2007, the bar will be the brand’s first in Asia.

The bar will feature ten beers from BrewDog’s core and limited ranges and ten craft beers from around the world.

The venture hopes to take advantage of a surge of interest in craft beers in Japan in recent years.

The brand has become a British success story, with 12 UK bars now open since the brewery began and plans for further global expansion.

Congratulations to the team at Whisk-e Limited!