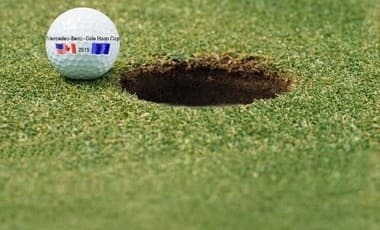 The Mercedes-Benz golf tournament is proud to introduce the American global lifestyle brand Cole Haan as their new co-title sponsor for the next three years. Consequently the tournament title has been rebranded as the Mercedes-Benz – Cole Haan Cup, and will be held on Friday Oct. 9th.

The participation cost includes a 3,000 yen non-refundable fee collected by the organizers, and a 21,700 yen fee to be paid to the club after the game. The total fee of 24,700 yen includes a lunch buffet provided after the game on the golf course, in addition to the after party held at the Mercedes-Benz Connection on Wednesday, Oct. 14th.

Sponsorship and advertising opportunities are available as well through the tournament website.

The organizing task-force has continued to work closely with the club to reduce costs, so all surplus from the event, including some portion of the sponsorship, will be donated to charity along with the presently established charity fundraising activities tied to this event.

Registration is now open with a limited number of participants allowed.