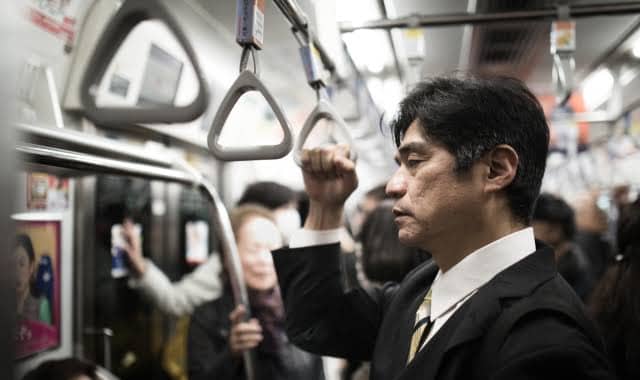 The Japan Times reported this week on mental health in corporate Japan. Last year, the Industrial Safety and Health Law was revised to obligate companies to offer annual “stress checks” to employees. This move was introduced due to a significant rise in mental health problems in Japan. The legislation came into effect this week.

In fiscal 2014, a record 1,456 people claimed compensation for poor mental health, according to the Health, Labor and Welfare Ministry, up from 1,181 in fiscal 2010.

Ten percent of businesses participating in a Health, Labor and Welfare Ministry survey on work-related mental health disorders in 2013 reported they had employees who had taken more than a month’s leave or resigned because of poor mental health the previous year, up from 8.1 percent in 2012. The figures continue to rise.

A study published in 2010 by the National Institute of Population and Social Security Research revealed that cases of suicide and depression caused about ¥2.7 trillion in economic losses for Japan in 2009.

In 2008, the Cabinet Office estimated that it would cost a company about ¥4.22 million to let an employee in his or her late 30s making about ¥6 million a year take a six-month leave of absence because of poor mental health.

The primary aim of the new “stress checks” is to minimize mental health problems in the workforce. It also is designed to help improve working environments, which in turn will presumably help prevent people from having breakdowns, according to the ministry.

Businesses with more than 50 employees will be required to offer the checks once a year, which means it will cover some 18,000 businesses and reportedly more than 20 million employees nationwide.

All employees, including part-timers, will be urged to take the test, although it is not mandatory.