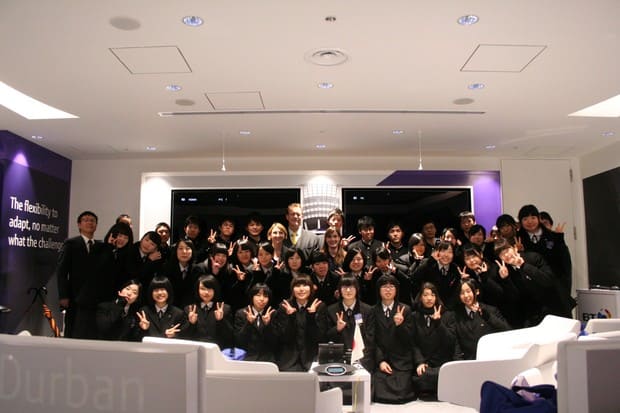 Firstly, Yoshida focused on the importance of Japan being open to and connecting with the rest of the world. She explained how BT Japan’s technology is helping to support this goal, and went on to set up a live-link to staff in BT offices in Sydney and Hong Kong, so students could get a real feel for how IT supports international business communication. Yoshida also shared her own experiences of being a single mother working in the US and Canada and reminded the students “YOU are the future of Japan”

The students also heard from BT Japan’s Iino about her experiences of studying in Madrid and how she currently manages her time as a working mum. She emphasised that they key thing she learnt through her international MBA study was the importance of making connections with people around the world. She specifically chose her course as she knew it would involve students from diverse nations and a variety of academic backgrounds – something that is not always easy to replicate in Japan.

Students were also given a sneak peak at how telecommunications might look by the Tokyo 2020 Olympic and Paralympic Games from Phil, who has worked in seven different countries and visited almost 50. Phil explained how BT ran telecommunications for the London 2012 Olympic and Paralympic Games – for which the bandwidth was 8 times greater than that during the 2008 Games in Beijing. He also explained how the introduction of the iPhone in 2007 meant the firm’s web and IT planning, which began in 2005, had to be completely rethought. He suggested that cyber security would be a good career option for the young people in the room, particularly with global attention soon to focused on Japan on the road to 2020.

After learning about big business, the students then heard from entrepreneur Jeremy. A former policeman and tour guide in the UK, Jeremy shared his experiences of working internationally and gave some top tips on preparing an international resume. After explaining his professional background in England, he went on to share details of how he came to run five companies in Japan: “Never be afraid to take risks”. He also gave some advice on what to expect when working with people across cultures, and how best to present skills to international employers.

The lively session finished with group Q&As, where students could engage with the speakers in small teams.

The BCCJ would like to thank all speakers for their insightful presentations, and to BT Japan for hosting this BCCJ youth event. 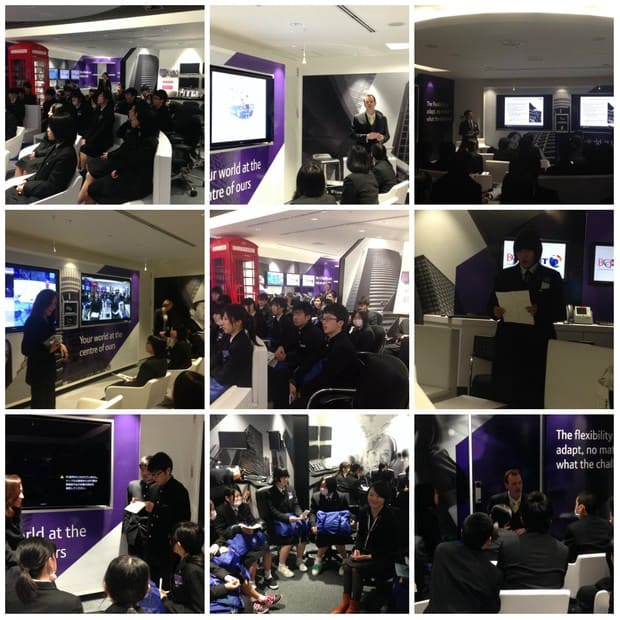