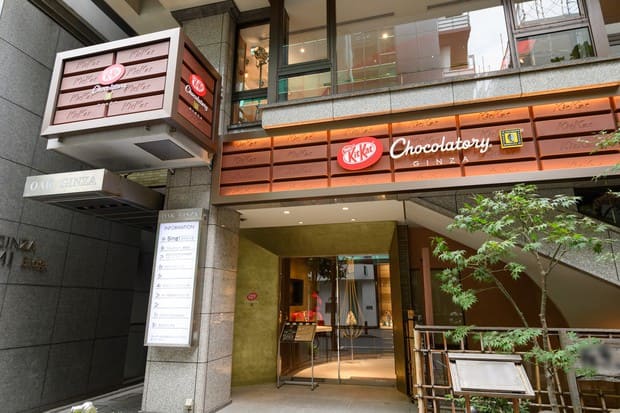 Nestle Japan has opened its first factory in 26 years, in Himeji, Hyogo Prefecture, to meet rising demand for its KitKat line at home and abroad. The new facility, which started operations on 1st August, specialises in flavoured varieties, of which 300 are available in Japan.

Created by Rowntree’s of York in 1935, KitKat quickly became a household name in the UK. Since 1988 it has been produced globally under the Nestlé banner, and it is the No.1 chocolate brand in Japan.

Takuya Hiramatsu of Nestlé Japan’s corporate affairs control department says supply and demand of the popular confectionary has been tight. “Since 2010, sales have increased about 1.5 times,” he said. “We have made this new factory to strengthen our supply system and respond to increasing demand from domestic and overseas markets.”

Building on its success using innovative flavours such as Wasabi, Azuki Bean and Macha Milk, the firm plans to strengthen its offering by producing premium varieties currently available in the county’s KitKat Chocolatory stores. The latest and 7th KitKat Chocolatory in Japan opened in Ginza in late July.

KitKat’s success in Japan has been attributed to the name’s similarity to “kitto katsu to”, which means “surely win” in the dialect of Japan’s southern island, Kyushu. According to Nestlé research, one in three students in Japan buys a KitKat before an exam, and one in five brings one to the exam site.

Mr Hiramatsu says the brand is “cheering for people to do their best.” He believes KitKat offers people encouragement not only during the exam season but also at other times throughout the year and, in the long term, can help people recovering from disasters. “It is a familiar way of conveying support and gratitude,” he explained.

According to Mr Hiramatsu, future business development for KitKat is three-pronged: to promote premium craftsmanship through collaboration with chefs; to focus on the health benefits of matcha green tea and KitKat as a wellness sweet; and to boost e-Commerce platforms, so the confectionary can be purchased anytime, anywhere.