Job-Changing Rate in Japan at Highest in 7 Years 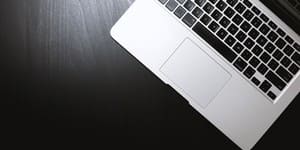 More than 3 million Japanese workers changed jobs in 2016 as a labour shortage and the need for global expertise pushed employers to scour the market for technical professionals and veteran managers.

These workers are increasingly midcareer, full-time professionals over the age of 45 — a trend that runs counter to the notion emerging in the 1990s that part-timers or temporary staff account for the bulk of job switching. In 2016, 500,000 people between the ages of 45 and 54 changed jobs. This is the most going back to 2002, the first year for which such figures are available, and 100,000 more than in 2013. While younger employees still win out in terms of absolute numbers — some 770,000 workers between 25 and 34 changed jobs — the older crowd is accounting for more of the total than ever before.

This is a sign that demand for veteran managers is on the rise. Listings on en-Japan’s job search site en Tenshoku for positions in such sectors as retail and logistics climbed 42% in the year ended in January. Businesses such as convenience stores had a particular need for managers to run new locations.

Specialists are in demand as well. Employment agency Intelligence in January counted around 160,000 open positions for midcareer workers — 23.4% more than a year earlier, and the marking a monthly record for the 26th straight month. Demand for technical experts in the electronics and machinery fields jumped 35%, while that for corporate planning and management professionals rose 27.9%.

Motor maker Nidec plans to bring in around 1,000 workers at the rank of section chief or above over two years in a push to bolster the company’s technical capability. Sportswear maker Asics has actively recruited midcareer managers since 2013 amid sizable growth in overseas operations.

Many workers now around 40 years old went through their initial job searches in the late 1990s or early 2000s, when demand for employees was slim. Experienced managers who have developed their skills in-house are harder to come by in this cohort than in older age groups, leading more employers to look farther afield. Companies are also eager to bring in middle-age professionals with experience abroad as they search for growth opportunities in Asia and elsewhere.

Three major Japanese employment agencies connected 3,108 workers age 41 and older to new jobs in April-September 2016, according to the Japan Executive Search and Recruitment Association. This marks 27.4% growth on the year — the highest of any age group except for 25 and under.

This tight labour market has begun to boost wages. Job changers whose pay rose outnumbered those whose pay fell for the first time in 2015, according to the Ministry of Health, Labour and Welfare. The share of workers whose pay climbed 10% or more as a result of a job change is on the rise as well.

Information technology engineers’ annual pay has risen 10% or more in around 26% of job changes since the beginning of 2016, 4 points or so higher than the figure for 2014 and 2015, according to staffing agency Recruit Career. The ratio of jobs to applicants has been on the rise since 2014, and has now begun to affect wages, the company has reported. More companies are also offering current workers who have received offers elsewhere higher salaries to stay, according to en-Japan.

Tougher competition for labour will create further upward pressure on pay. While this means higher costs to companies, increases in household incomes should give the sluggish recovery in consumer spending a shot in the arm. In the medium- to long term, higher labor mobility, including among middle-aged workers, will “trigger the flow of workers into highly productive sectors and companies and push up Japan’s potential growth rate,” said Takuya Hoshino of the Dai-ichi Life Research Institute. Increased liquidity in the market for full-time workers could also encourage companies to promote talented part-timers.

Yet systemic hurdles to more frequent job switching remain firmly entrenched in Japan. Salary schemes based on how long employees have worked at a company can make it difficult for those in their 40s and 50s, when pay tends to peak, to jump ship. Retirement pay based on length of service does the same.

Even Japan’s tax system encourages longtime employment: Workers who have been employed continuously at one organization for more than 20 years face a lower tax burden on retirement pay than those who have not.

“The basis for this 20-year cutoff is unclear,” said Hitoshi Suzuki of the Daiwa Institute of Research. “It presupposes a large payout at the standard retirement age.”

Some 70% of Japanese companies offer full-time workers retirement benefits, according to the labor ministry. The government is working to ensure workers changing jobs are not at a disadvantage when it comes time to draw a pension. Currently, workers switching between two companies that both have defined-benefit or defined-contribution plans face few hurdles. But those switching from a defined-contribution to a defined-benefit plan can lose their accumulated savings in the process. Legal changes to remedy this are to be made by June 2018.