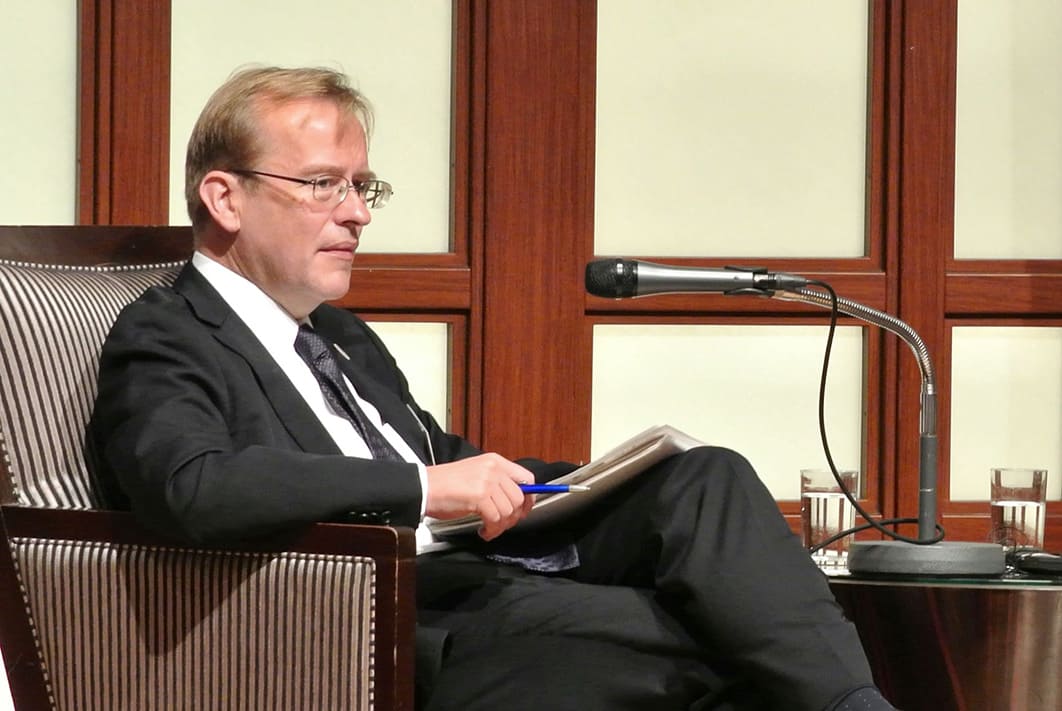 “They make it – but the customers have not been coming. So does corporate Japan need a new voice – a new approach to communicating with international customers, to understanding what they really want, and then selling to them? In a world where the media landscape is changing at bewildering speed, marketers everywhere are considering new channels, new tactics and new strategies. How can Japanese companies, so often entrenched in the past with domestic mindsets, refocus their international practices?”

As well as hearing from two branding and communications experts, the audience was invited to take a behind-the-scenes look at one of the country’s major manufacturers, Nissan, whose approach to marketing is setting the pace for a savvier corporate Japan. The event was moderated by Graham Davis, Head of The Economist in Japan and BCCJ Event Taskforce Leader.

The speakers (in alphabetical order) were:

The first speaker, Akihiko Kubo of Ogilvy & Mather, provided insight into how the majority of Japanese companies view international business. He noted that Japanese firms remain focused on targeting their local market and that international outreach is not their top priority. “Many Japanese companies would like to create demand outside the home market, but they simply don’t know how”, said Kubo. “The top management does not necessarily see global communication as their responsibility and simply hope or expect that their successors will be the ones to take on the task”. Kubo pointed out that such step changes do not happen overnight and that therefore Japan must act quickly if it is to keep its place on the global stage. He also argued that, in the internet era, the gap between generations in Japan is larger than that between country borders, by referencing the popular Japanese digital singer Miku Hatsune – better known by youngsters across the whole of Asia than by older Japanese. The audience was left in no doubt that Japanese companies must overcome a great number of cultural and mental obstacles if they are to remain relevant and successful.

The second speaker, Jonathan Kushner of Kreab Gavin Anderson began by noting the record figures of outbound M&A activities in Japan.  While many of the M&As have focused on the manufacturing industry, the services industry has also seen a boost in such activities, said Kushner. Japanese companies, the audience was told, have focused mainly on acquiring Asian companies, in particular in high growth markets such as India and South East Asia.  Kushner explained that many Japanese companies face difficulties in the M&A arena because they are unfamiliar with overseas business practices and / or international government regulations. He also noted that they are often lacking the skills and resources needed to make these kinds of major transactions. The trend in Japan, Kushner explained, is to keep strategy and confidential information tightly guarded within the domestic company; and there is therefore a reluctance to use outside advisors, particularly for communications support. The speaker encouraged Japanese companies to utilize external resources in order to fill knowledge gaps. He also referred to the challenge of the language barrier. While Japanese may score well in the areas of reading and writing, there is still much improvement needed in verbal skills, in order to be able to conduct business internationally in English. Kushner also noted that Japanese companies are less proficient at earned media (PR) than bought media (advertising). In his closing remarks, the speaker re-emphasised the opportunities for Japanese companies to partner with outsiders.

Finally, Nissan’s Simon Sproule, provided the audience with an enthralling case study. Nissan has a track record of executing multi-year business plans and one of the milestones in the firm’s current plan is to successfully “build the brand”. In order to achieve that milestone, said Sproule, the initiative had to start from within – with Nissan employees. The speaker noted that, until two years ago, there was a plethora of very well-organised, well-attended internal meetings about Nissan’s brand image – which provided no real answers about the brand itself. He then described how the company threw out the tidy Japanese Powerpoints in a 2011 global re-branding exercise and worked to secure three key words to encapsulate the Nissan brand: “Innovation, Excitement, and Everyone”.

One challenge Nissan faced was that the brand had been reinvented in every market across the world; the speaker pointed out that the strongest brands in the world are the same everywhere you go. The thing that Nissan needed was consistency. They now have a global branding campaign across 45 international airports and are taking a new approach to content creation and distribution – moving from “making things” to “telling stories – supported by the new Nissan media centre in Yokohama. The speaker concluded by stating that the key to successful branding, as consistently demonstrated by Nissan’s CEO Carlos Ghosn, is to communicate clearly.