“The Cabinet of Prime Minister Shizo Abe has approved a set of bills aimed at modernizing the Japanese payments industry and giving recognition to virtual currencies like bitcoin for having a “function similar to real money.”

“The government plans to introduce the two bills to amend the settlement law and the banking law, respectively, during the ongoing Diet session, hoping to have them enacted before the Ise-Shima summit of the Group of Seven major economies that Japan will host in late May, officials said.

“The bills make up a new fintech push that allows banks to start up or acquire new settlement systems, and allows bank-holding companies to acquire IT-related ventures for the first time. Other aims of the initiative include improving business efficiency and helping smaller, regional banks consolidate and manage funds.

“Special recognition of virtual currencies for having money-like properties, including the ability to make payments and be digitally transferred, is included in the bills. A week ago, the same governing body proposed a definition for bitcoin and virtual currencies that includes use as a payment system, specifically mentioning the words “medium of exchange,” which is a major part of the classic definition of money. 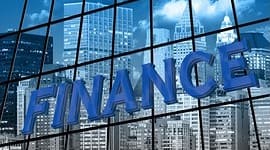 “To prevent money laundering, and to offer added protection of virtual currency users in the future, another set of provisions in the bills is focused on registration and regulation of exchanges that deal in any virtual currency, and recommends placing it under the wing of the Japanese Financial Services Agency (FSA).

“Virtual currency regulations are in response to calls for action by the Financial Action Task Force (FATF),  an international body created to spearhead the ongoing efforts in Anti-Money Laundering (AML) and Counter Terrorist Financing (CFT) laws. In June 2015, the FATF published a report on guidance for virtual currencies, which specifically addresses convertible virtual currency exchangers using the risk-based approach to AML/CFT measures.

“The report referenced a risk assessment that the agency performed in June 2014, which found convertible virtual currencies “likely to present ML/TF risks.” Under the risk-based approach, the agency suggests that countries should focus their AML/CFT efforts on risky convertible virtual currencies including bitcoin. Many countries already have adequate AML/CFT measures in place. However, Asian countries typical lag behind the US and Europe.

“However, in 2008, the FATF had released a thorough, 255-page evaluation report on AML and CFT for Japan. The FATF found many serious deficiencies, such as the lack of AML/CFT enforcement capability for cross-border movement of currency and bearer negotiable instruments, as well as the lack of requirement for money exchangers and leasing companies to be licensed or registered.

“In an independent working paper, the SWIFT Institute pointed out that many Asian countries are ambiguous in their position on virtual currencies, in contrast to the United States. Japan’s Cabinet and lawmakers, however, have been more proactive regarding their policies on virtual currencies; regulating and taxing them, both before and after the MtGox fallout period.

“Once they are caught up with the west on AML and CFT measures, their regulatory environment could look very similar to that of the U.S.. In its guidance for persons administering, exchanging, or using virtual currencies, the U.S. Financial Crimes Enforcement Network (FinCEN) distinguished virtual currency from real currency, defining the former as “a medium of exchange that operates like a currency in some environments, but does not have all the attributes of real currency.””Despite numerous amendments made to Japan’s Act on Prevention of Transfer of Criminal Proceeds following FATF revised recommendations, Japan has not yet remedied many shortcomings, prompting the FATF to call on the country “to enact adequate anti-money laundering and counter terrorist financing legislation,” in 2014.

“While FinCEN recognizes virtual currencies as having value, they do not yet define them as a medium of payment recognized by most legal systems as valid for meeting a financial obligation. However, using this classification, FinCEN is able to require virtual currency businesses to register with their agency, forcing them under their jurisdiction. This definition concurs with Japan’s ‘medium of exchange’ definition. 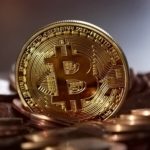 “Meanwhile, a vigorous debate has been brewing among Japanese lawmakers on whether or not to axe the existing tax on bitcoin consumption. As Finance Minister Taro pointed out during a house budget committee meeting in February, Japan is not alone in taxing bitcoins. Aso gave Australia as an example of another major economy that does so. Even still, Japan is the only country out of the seven largest economies that does, and those campaigning to end all bitcoin taxation say that “the taxation is bad for Japan in terms of its competitiveness.”

“The existing eight percent consumption tax on spending bitcoin has already caused unforeseen circumstances, which in turn have created opportunities for international bitcoin sellers. Under Japanese law, imports are subject to a consumption tax that is collected through customs, but virtual currencies effortlessly evade customs, so it can be extra profitable for dealers outside of Japan to sell bitcoins to Japanese residents.

“These purchases represent capital moving out of Japan at an increasing rate. Yuzo Kano, head of the Japan Authority of Digital Assets, briefed Nikkei about the situation, stating that the Japanese “need a level playing field that lets Japanese dealers compete fairly with outsiders.” The debate on bitcoin’s tax continues.

“All of this news comes as Japan and the bitcoin community are still recovering from the 2014 meltdown and theft at the MtGox bitcoin exchange, which was located in Tokyo. When it abruptly shut down, its former CEO, French national Mark Karpeles admitted to losing approximately 48 billion JPY in assets, including dollars and bitcoins.

“While Japan is passing a bill recognizing virtual currencies as similar to real currency, it is not yet legal tender. According to the Bank of Japan (BOJ), legal tender status is still only given to BOJ-issued banknotes and government-issued coins, but other means of payment, such as bills, cheques and prepaid cards are governed by different laws, such as the ‘Bill Law,’ the ‘Cheque Law,’ and ‘the Prepaid Card Law.’

“It remains to be seen if FinCen-like definition and bills will help Japan improve their AML/CFT measures in accordance with FATF’s standards.”