Since April 2012, the BCCJ has been running a D&I programme designed to promote greater understanding of, and develop support mechanisms for, the growth of diverse groups in the workplace in Japan, including: 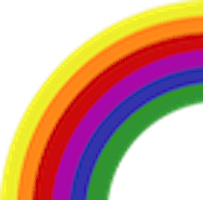 “Employers in Japan are at long last being pushed toward embracing LGBT-friendly policies by businesses overseas, though changing corporate cultures could prove a tougher challenge.

“A band of 30 companies and organizations, including IBM Japan, Panasonic, Sony, Dentsu and Dai-ichi Life Insurance, on Tuesday announced standards for making workplaces more welcoming to lesbian, gay, bisexual and transgender employees. Recognition of same-sex weddings in the form of congratulatory bonuses and partner benefits is at the heart of the guidelines, along with such gender-neutral facilities as restrooms and changing rooms.

“Parties will use the standards as a basis for their own in-house policies. While there are no measures to force adoption, an awards program will serve as an incentive to sign on. Still, the standards could face a rocky start: Around half of the guidelines’ 30 creators refrained from making their names public.

“A Dentsu survey shows that 7.6% of Japan’s population falls under the LGBT umbrella. But gay- and trans-friendly workplace policies are still a new frontier in this country. Panasonic only began granting same-sex partnerships the same benefits and recognition as heterosexual couples this April. The policy aims not to push employees out of the closet, but to create a more inclusive environment, the company said. One employee has taken advantage of it so far. Sony, which introduced a similar policy in February, has seen at least one taker.

“Much of the momentum toward LGBT-friendlier policies in Japan comes from American and European companies that consider inclusion when choosing business partners. U.S.-based IBM, for example, sources exclusively from companies that do not engage in sex discrimination.

“An LGBT rights group’s survey of companies in the U.S. found that nearly nine-tenths have clear policies banning discrimination against employees or business partners on the basis of sexual orientation. This reflects a growing consensus there and in Europe that a lack of LGBT protections is itself sex discrimination. “Whether a company has LGBT-friendly frameworks in place will play a larger role in its reputation going forward,” said Atsushi Kawada, an openly gay employee at IBM Japan.

“Companies increasingly face a backlash for stumbles on this front. Nintendo was widely criticized for not allowing characters of the same gender to marry in the American and European versions of a game — an oversight corrected in later offerings.

“Yet within Japan, a number of hurdles have yet to be overcome. That half the creators of Tuesday’s welcoming-workplace standards declined to be publicly named speaks to the scale of the problem. “Understanding toward LGBT individuals is not yet widespread within the company,” said an executive in charge of raising awareness of sexual minorities at a consumer goods manufacturer. “There’s little momentum to make our efforts public.”

“Court cases are turning up further issues. A worker at a Yakult Honsha factory has announced plans to sue the plant operator after allegedly being forced to publicly come out as transgender. The plant maintains that the proclamation was made of the employee’s free will. Changing attitudes could take a long-term fight.”