Japan Exports: What’s the hold up? 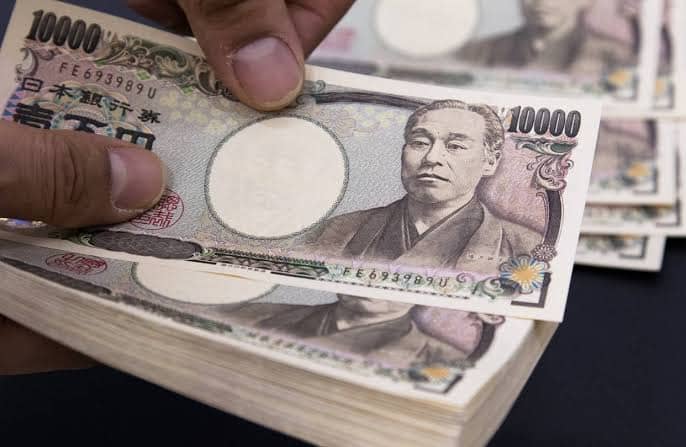 A new report by the International Monetary Fund (IMF) has looked at why Japan’s exports have increased at a lower rate than expected given the yen’s recent depreciation.

A section of the Oct 2015 World Economic Outlook focus on Japan and explains exports appear to have responded relatively poorly to the government’s quantative easing policy.

After rebounding from collapse during the global financial crisis, real goods exports from Japan have remained broadly flat during the past few years despite a sharp depreciation of the yen since late 2012.

Following aggressive monetary easing by the Bank of Japan, the yen has depreciated by about 35 percent in real effective terms during that period. This depreciation has come after a sharp yen appreciation from 2008 to 2011. So what explains the subdued recovery of Japanese exports?

The recent pace of export recovery in Japan is much slower than could be expected based on the usual response of exports to external demand and the exchange rate. Exports are currently some 20 percent below the level predicted by a standard export demand equation estimated for the pre-Abenomics period.

Japanese exporters have long demonstrated pricing to-market behavior by maintaining the stability of their export prices in overseas markets and absorbing exchange rate fluctuations through profit margins. This practice results in limited exchange rate pass-through to export prices. Since the onset of yen depreciation in 2012, export prices in yen have risen sharply, and Japanese exporters’ profit margins have surged by some 20 percent.

Analysis based on rolling regressions suggests that exchange rate pass-through has declined from near 85 percent during the 1980s to about 50 percent in recent years. In other words, a 10 percent yen depreciation reduced export prices by about 8.5 percent in the 1980s, but now reduces them by only 5 percent.

This observation suggests that if the pass-through had remained at the level of the 1980s, foreign export prices would have fallen by almost 30 percent since 2012, compared with the actual decline of 17 percent. Based on the estimated price elasticity of exports, this larger decline, in turn, could have boosted exports by an additional 6 percent.

Note, however, that in the medium term, exchange rate passthrough is likely to increase. Ree, Hong, and Choi (2015) find that exchange rate pass-through to export prices occurs over about five years in Japan, albeit not to a full extent, which would imply stronger export growth in the future.

During the past two decades, Japanese firms have expanded abroad to exploit labor cost differentials and rising demand in host countries. The pace of offshoring has accelerated since the global financial crisis, arguably as a reflection of the sharp appreciation of the yen in 2008–11 and uncertainty about the energy supply after the 2011 earthquake.

Overseas investment by Japanese subsidiaries now accounts for about 25 percent of total manufacturing investment. Overseas sales––the sum of exports and sales by Japanese subsidiaries––have risen by more than 60 percent in value since 2011, which is much faster than the growth rate for domestic exports (14 percent), and now account for about 60 percent of total sales (Kang and Piao 2015).

To what extent does Japan’s lackluster export performance reflect this shift toward offshoring? To address this question, the export model estimated is augmented to control for the degree of offshoring, proxied by the share of overseas investment in total investment in Japan’s manufacturing sector. The resulting out-of-sample forecasts come much closer to tracking the observed flat performance of Japan’s exports since 2012. This result is consistent with the view that increases in production offshoring have decreased domestic exports, offsetting the positive impact of the yen depreciation on exports.

Japanese exports are dominated by high-value-added products: electrical machinery, transportation equipment, and machinery, accounting for more than 60 percent of exports. These sectors are specialized, are not easily substitutable, and are tightly connected to global value chains.

During the past two decades, Japan has been increasingly involved in global value chains. According to the Organisation for Economic Co-operation and Development–World Trade Organization Trade in Value Added (TiVA) database, foreign value added as a percentage of Japan’s gross exports (backward participation) increased between 1995 and 2009 from 6 percent to 11 percent.

Meanwhile, Japan has also become a more important intermediate-input supplier for other countries’ exports: domestically produced inputs used in third countries’ exports (forward participation) rose from 22 percent to 33 percent during the same period. This places Japan among the countries experiencing the largest increase in the forward-participation rate.

In addition, compared with other non-commodityexporting countries, Japan is more specialized in sectors at the beginning of a value chain that are more intensive in research and design, as shown by the TiVA data. As Japan becomes more heavily involved in global value chains and as global value chains become ever more complex, exchange rate depreciation could be expected to play a less important role in boosting export growth of such global-value-chain-related goods.

Overall, the response of exports to the yen depreciation has been weaker than expected as a result of a number of Japan-specific factors. In particular, this weak response largely reflects the acceleration in production offshoring since the global financial crisis. It also reflects deeper involvement of Japanese production and trade in global value chains and a decline in the strength of the short-term exchange rate pass-through.

The full report can be found on the IMF website HERE