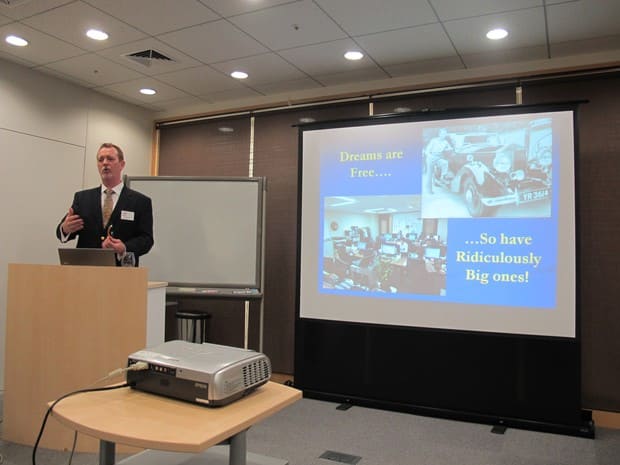 BCCJ members and guests gained inspiration and useful insights into how to set up a company at our seventh Small is GREAT event.

Jeremy Sanderson, who is CEO of five companies (two of which he founded) shared his experiences and advice in an engaging and informative talk at Regus Japan, Ark Hills, yesterday evening.

Jeremy explained he was perhaps an “unlikely” CEO, having left school halfway through his A-levels in order to “buy a motorbike and become a rockstar.” But after starting work at a ball-bearing factory, and taking on three other jobs at the same time, he developed a taste for earning money that sowed the seeds for his later entrepreneurism. “I realised that if I worked hard I could earn money, and that was nice. I had dreams of starting a business one day but I didn’t have any idea how to go about it or the wherewithal.”

Jeremy joined the Metropolitan Police, becoming a firearms officer. He was called to the Libyan Embassy siege in 1984 and also had close calls with three IRA bombs. Jeremy feels these experences could have reduced his fear of risk-taking in the business arena. “As a young officer I was called to a guy who had gone beserk with a gun. I was armed only with a truncheon and told to go inside and ‘drive him out’ to the armed officers. So I would say those kinds of experiences do have an impact.”

After having a lifelong interest in Japan, Jeremy, had an opportunity to learn Japanese aged 26 after suffering a motorbike accident which left him with a nasty shoulder injury. He left his job in the police to set up as a tour guide leading Japanese tourists around the UK. “Part of going it alone is having the confidence to trust yourself. I was told not to leave my job as I would never earn GBP 20,000, which was my salary after several years in the job, but I earned commission from what tourists bought at markets etc and I made GBP 30,000 that year. Only you can really judge whether you should take the risk to leave a well paid job and start a venture company.”

It was after joining the JET programme aged 35 that Jeremy was able to follow his dream of coming to Japan and starting his own business – a motorbike repair company. “Dreams are free, so dream ridiculously big. It’s a case of where there’s a will there’s a way. I still dream of having a 150-person company and I believe I will do it.”

Icon Partners, a recruitment company specialising in supply chain management, was orginally founded with three shareholders before Jeremy eventually bought out the other two partners. He said this was a good way to raise capital rather than relying on organic growth, but that a watertight agreement was vital. “You have to have a very clear shareholder agreement in place at the start. Whatever goodwill there is at the outset it can start to dissipate when the money runs out or people believe there are disparaties in how much work is being done. But while organic growth is the low risk way, you again have to think about whether you want a company or a job.”

Jeremy also warned against getting into debt over start-up costs. “I don’t believe in borrowing money to set up a business; to accerate it is OK but don’t borrow at the start when you don’t know what you are doing. It’s a very steep learning curve for everyone.” 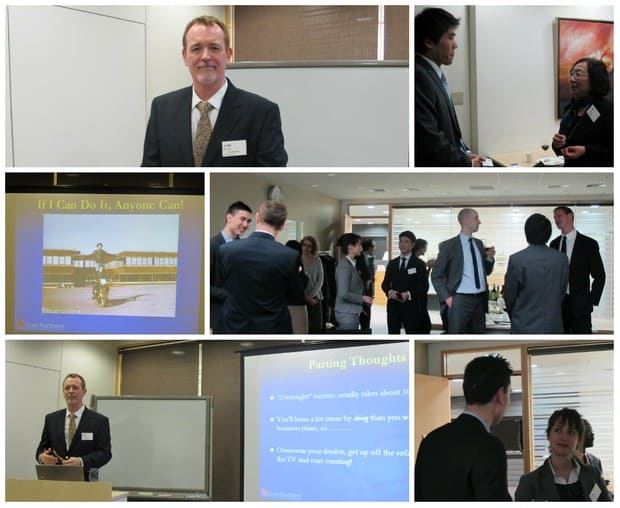 In its early days Icon Partners ran through its initial one million USD investment in just eight months, and was then hit by the Lehman shock and then the economic aftermath of the March 11 earthquake. “It was a very frightening time. There were times when we had one day’s money in the bank and payroll to make and my only option left was prayer!” Jeremy’s determination to succeed meant he resolved to only give up should balliffs ever came knocking.

He also advised entrepreneurs to consider any future avenues the start-up might eventually explore and list them on the company’s teikan (articles of incorporation), so it could operate in those areas in future with maximum tax efficiency.

Jeremy added that he takes a long term view of business, and did not set up companies to sell on after a few years and start again. “That just doesn’t sit right with me. My philosophy is to grow a business for eternity. Soichiro Honda’s company went on to sell its 300th million motorbike this week; build infrastructure that is going to last a lifetime.”

On the personal qualities an entrepreneur needs, Jeremy insisted a “high pain threshold” and excellent cash control skills were key. He also said avid book reading and a commitment to lifelong learning had helped him lead companies to success. “I read the top 100 business books, and then added some more. If I were to choose one author I would say Peter Drucker.”

Jeremy added that an “inability to tolerate idiot bosses” was useful when going it alone. “The world is full of them but you can learn a lot. Although it’s easy to criticise, you need to come up with a constructive alternative.” Senior employees and those second in command at organisations should be wary of assuming their current position means they will automatically be able to run a company themselves, he said. “When you run your own business you have got no one but yourself to blame. You need to be able to gain, train and retain great people and draw up strategy and be flexible about tactics.”

Despite being CEO, Jeremy believes it is important to still get involved in grunt work. “No job is too menial for you. As an entrepreneur you need to be willing to do anything before you delegate. Stand in the front lines, don’t bark orders from the bank. I am a great believer in open planned offices, don’t build your own glass-walled office. The worst attitude to adopt as a leader is to think it’s your time to sit back and pay other people, those kinds of businesses fail.”

Asked if he would set up a new company now following the approach he used in the past, Jeremy said his only change would be to not rely on “superstars” who bring in revenue but who disrupt the company or team. “Lose them and go out and knock on doors yourself.”

He added it was important to remember the huge amount of long term work involved in setting up a company – but that anyone could do it.  “Overnight success takes 10-15 years. But overcome your doubts, get up off the sofa, switch off the TV and start creating. Most of business is common sense. Danger does not come from taking risks, it comes from not taking them. Taking risks is moving forward and that’s what makes us grow.” 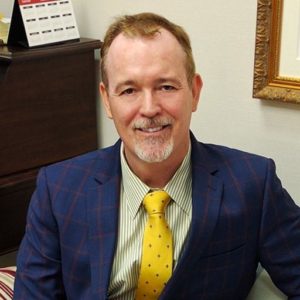 ************
BCCJ Small is GREAT events create an open platform for entrepreneurs and SMEs to build networks and leverage success stories.