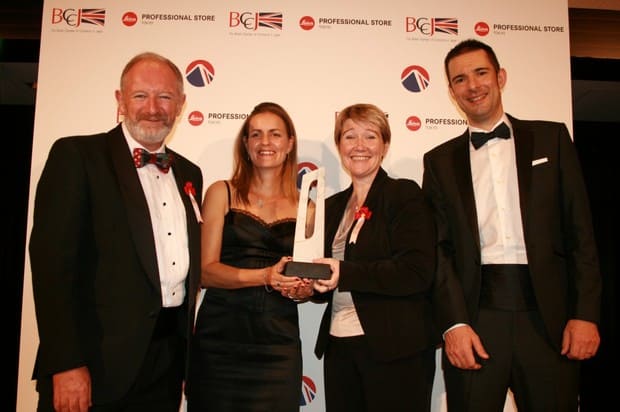 Congratulations to The British School in Tokyo, winners of the 2013 British Business Award (BBA) for Global Talent, sponsored by the British Council and IELTS. Here, Brian Christian, Principal of the BST, reflects on The School’s November 1 win:

The British School in Tokyo plays a special role in supporting British business in Japan and shoulders an important responsibility as the standard-bearer for British education in this remarkable country. Just a few weeks ago I was privileged to meet the UK Foreign Secretary, William Hague, during his brief visit to the city and to receive from him a thoughtful and very encouraging message of goodwill for our forthcoming 25th anniversary. In it he commented upon the school’s place at the heart of the community, and concluded with the phrase that Mrs Thatcher would have been extremely proud of the school she opened all those years ago. In our conversation he added that the redoubtable late Prime Minister (and former Minister for Education) had always been acutely aware of the impact of good schools and dedicated teachers, and I believe that it is this impact that has now been recognized by BST’s award for nurturing Global Jinzai.

The inaugural British Council Global Talent Award was aimed specifically at companies or individuals who have sought to develop talent and skills that will help to create a bridge for UK-Japan relationships in the future. Nominees were asked to provide measurable evidence of their commitment to such goals by demonstrating that they could meet very specific criteria in five different areas. In BST’s case, it wasn’t at all difficult to provide sufficient evidence; the greater problem was one of selection – there wasn’t room for everything, what could I leave out?

The first point to be made, of course, was that it is the core business of any good school to provide an environment where the potential of its pupils can be realised, where individual talents are recognised and celebrated. The crudest measures of success here are our examination results; good though they may be, however, they are by no means the only indicator.

Here at BST we see ourselves as a stepping stone for young people – or perhaps a launch pad. We aim to do all we can to develop in them the skills and attributes they will need to move on happily and with confidence to the next stage of their lives, wherever in the world that might be.  So many of our leavers, of all ages, go on to enjoy success at top schools and prestigious universities in their home countries, or on the international circuit, that I feel we must be doing something right. There was even an appropriate endorsement of the BST confidence-building approach on the night of the awards ceremony when Harry Sugiyama, our very own alumnus – and British Food Ambassador – took to the stage to extol the virtues of a fittingly British menu!