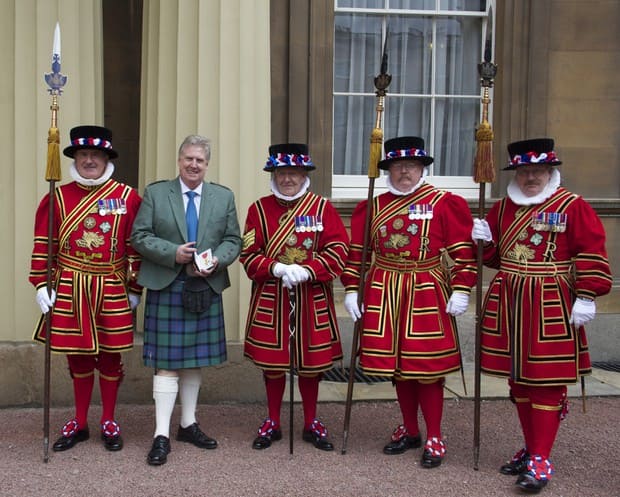 On Friday 17 May, Philip T Gibb, former President of the BCCJ, paid a visit to Buckingham Palace to collect his OBE (Officer of The Most Excellent Order of the British Empire), awarded in the 2013 New Year’s Honours List for services to British business in Japan.

The investiture was carried out by HRH The Prince of Wales.

In attendance were 93 recipients from both civil and military walks of life including sportsmen and women, paralympians, and Lance Bombardier Benjamin Parkinson who suffered terrible injuries in Afghanistan. Parkinson was one of the Olympic torch bearers for the London 2012 Olympic Games (http://www.benschallenge.com/Bens_Challenge/Home.html)

The Queen’s Body Guard of the Yeoman of the Guard, created in 1485 by King Henry VII after his victory at the Battle of Bosworth Field, were ideal companions for the post-ceremony photo call