The government announced on April 2 that the number of foreign nationals employed in Japan is expected to top 1 million for the first time this year as the nation grows more reliant on overseas workers to meet labor demands.

Generally, the Japanese government does not allow immigration for permanent settlement, but the administration of Prime Minister Shinzo Abe has been promoting an increase in workers from overseas following calls from the business community to facilitate the hiring of foreign nationals amid a declining population and the globalization of business.

The projection compares with some 910,000 that were reported at the end of last October.

The Abe administration is planning to set up an advisory panel at the prime minister’s office to compile the nation’s basic policy to address the decline in population, including labor shortages.

A new growth strategy to be drawn up in May or June is expected to confirm the need to promote the employment of high-skilled foreign workers and look into creating an on-the-job-training program for those from emerging economies, the sources said.

As of last October, Chinese nationals accounted for the largest number of overseas workers in Japan at 35.5 percent, followed by Vietnam, the Philippines
and Brazil. The number of Nepalese workers has also increased sharply. 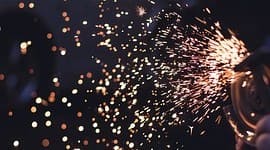 The most common employers are small to midsize manufacturers. But major Japanese companies in the service sector have also increased their foreign employees.

Around 30 percent of the total are employed in Tokyo followed by Aichi Prefecture — home to Toyota Motor Corp. — and Kanagawa Prefecture.

PM Shinzo Abe’s ruling Liberal Democratic Party launched a committee in March to explore ways to cope with labor shortages. Ideas being discussed include the introduction of a new resident status to allow foreigners with no special skills work in Japan or easing requirements to enable such people to become part of the labor force, the sources said.

The Diet is also currently deliberating a bill looking at adding “nursing care” to the category of reasons to grant resident status to overseas workers.

Immigration law does not give resident status to non-Japanese seeking to work as housekeepers. But such workers became eligible if they are employed by employers that clear certain requirements under a revised law on special deregulation zones that took effect last September.

People in the related industry are now making preparations for removal of the ban on housekeeping services by non-Japanese in Kanagawa and Osaka prefectures, designated as special strategic districts. 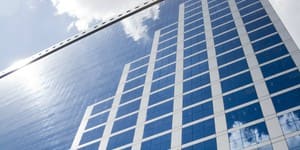 The government is also expected to expand support for foreign nationals seeking to work in the areas of information and technology, as well as tourism.

However, some experts are critical of Tokyo’s policy of allowing more foreign workers in without ensuring they enjoy the same labor rights as their fellow Japanese workers.

Lilian Terumi Hatano, a Japanese-Brazilian and an associate professor of sociology at Kindai University in Osaka, said the government is failing to provide a proper social safety net for such people.

“The root of the problem is that although the government needs foreign workers, it isn’t offering necessary welfare or ensuring their human rights,” said Hatano. “The government should make it clear if it is going to accept foreign workers as part of the Japanese society or not.” Hatano, who is well-versed in the problems faced by foreign nationals in Japan, pointed out that such workers are often forced to work under unstable working conditions.

“Even though they work for many years, they won’t be allowed to become regular workers (with benefits). They end up moving from job to job or are forced to work night shifts and longer hours” which could force their children to transfer schools and make it difficult for them to adapt, she said.