“Only 10% of major domestic companies are likely to achieve the government target to raise the percentage of female employees in managerial positions to about 30% by 2020, according to a recent Yomiuri Shimbun survey.

“About 60% of responding firms said it would be difficult for them to attain the goal. The government defines managerial positions as that of section chief or higher. 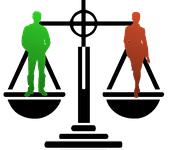 “Prime Minister Shinzo Abe has positioned women’s active role in society as an important policy, and a law to promote the active engagement of women will come into force in April. However, the survey results highlight the gap between the actual situation at domestic firms and the government’s goals.

“The survey was conducted from late February to early March, targeting 120 major companies in different industries, including automobiles, distribution, communication, food and trading. A total of 114, or 95%, gave valid answers.

“According to the results, one company in the tourist industry has attained the government goal. Nine companies in the department store, finance and other industries with a relatively large number of female workers had reached the 20% range.

In contrast, the achievement rate was less than 3% for 43 companies, or 38% of the total, among general contractors, electronics manufacturers, automobile makers and others.

“Thirteen companies gave positive answers regarding achievement of the goal, accounting for 11% of the total. One apparel firm said it will achieve the goal by 2020, 11 firms said they will likely attain it and one said it has already reached the goal. 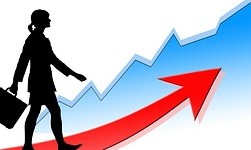 “When the companies that answered “difficult” or “not thinking about reaching the goal” were asked their reason, with multiple answers allowed, 71% said they “employed few female workers and thus had few candidates for managerial posts.”

“Regarding the influence of the law on their organizations, 72% said that excellent personnel, irrespective of gender, would be able to play an outstanding role. Multiple answers were allowed on this question as well.”

Hosei University Prof. Emiko Takeishi, who specializes in women’s labor, said, “Companies can expect their efforts to be effective if they take the steps of employment, education and appointment based on the law to promote the active engagement of women.”

Despite a labor shortage caused by the falling birth rate, there are still 3.03 million women who are reportedly seeking employment but not currently working. “If the number of female workers were increased to help invigorate workplaces, companies’ competitiveness would be improved.” Professor Takeishi said.

“In order for women to be actively engaged in society, it is imperative to review and improve working practices, such as correcting the practice of prolonged working hours. It is also necessary to encourage men to actively participate in household chores and child-rearing, and to tackle the issue of the lack of day care centers.”