Small is GREAT XII | The Foundation for a Happy Life

Written by Sterling Content
April 27, 2018
Past Event Round Ups 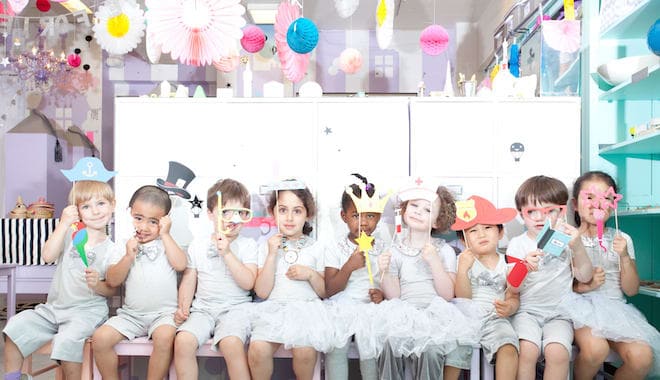 Written by Sterling Content
April 27, 2018
Past Event Round Ups

Positivity, hard work, determination and a lack of fear, even in the face of adversity, are the requisites to successfully run your own business, according to Rina Bovrisse.

It is the mantra that has spurred on the fashion-executive-turned entrepreneur even after losing her lawsuit for sexual discrimination against Prada in 2010. Facing media scrutiny, criticism, isolation and the loss of her job, she appealed to the United Nations which granted in her favour in 2012: that Japan should make sexual harassment in the workplace illegal.

Now CEO of Chateau School, which she founded in 2011, Bovrisse remains determined to improve women’s rights in Japan through campaigning for social change and her preschool. At the BCCJ’s Small is GREAT event on 19th April, she shared her insights on the foundation for a happy life.

By her own admission, Bovrisse was, at first, a reluctant entrepreneur. But, with the fashion industry unwilling to employ her following her court case, she felt she had no choice but to start her own business, at age 37. Her experience of having to return to work after only three weeks’ maternity leave with her new-born son, in 2006, was her inspiration to start a preschool. She wanted to offer solutions to the problems she had faced.

“I wanted to do something meaningful. Fashion was my expertise but I wasn’t fulfilled by it anymore. For the first time, I wanted to dedicate all my working hours to something for my son,” she explained. Now, Chateau School is open to any child aged three months and above.

Bovrisse said she was under extreme stress and feared her life was over during her legal battle. She describes it as a “pitch black experience” in her “pink” life but says it has given her inner strength. When she set up her preschool, she thought she had nothing to lose. Her resilience has proved invaluable when faced with rejections of funding because she was seen as a “troublemaker” and when queries on investment and finance were hard to understand.

Bovrisse attributes what she calls “power of positivity” or “POP” to her success. In the first four years of operation, she transformed Chateau School from a 30m2 one-room partially underground space in Omotesando to a three-storey, 300m2 unit in trendy Nishi-Azabu. Now, an investor is eyeing an injection in her business in 2019, with the aim of building Chateau Schools abroad.

And it’s not the first time that Bovrisse’s “POP” has brought good results. Born in Japan’s bubble era and witness to the lack of opportunities available to women in Tokyo, she set her sights on working overseas for fashion brand Chanel. Once her decision was made, she was driven.

At 16, she moved to Massachusetts for boarding school before attending high school in New York. She was accepted to Parsons School of Design and studied at their New York and Paris campuses, as well as at Central St. Martins in London, all while working in the showrooms and offices of the fashion industry. On graduation, she landed a full-time job in the United States with visa sponsorship and climbed the career ladder, picking up varied experience along the way. At 27, Bovrisse achieved her dream, of working for Chanel in its New York headquarters, but it was not without sacrifice.

“After 10 years of working so hard, I had to live in Harlem—otherwise I couldn’t afford to buy a dress from the runway and present myself in the fashion world. It was a dangerous place at the time, but I never complained, and I never felt sad. My mind was ‘popping’ all the time because I was doing something I loved to do,” she said.

Now Bovrisse is putting that same energy into building her preschool, which she “created from scratch based on what she wants as a parent,” without any knowledge of her competitors. Children take part in the World Diplomacy Program, which sees them experience the culture of more than 100 countries each year via five senses. They also learn English, Japanese, French and Spanish. Meanwhile, parents receive a daily digital journal to document their child’s academic and social progress.

She wants her curriculum to develop children into confident global citizens with an understanding of other cultures, to help tackle some of the social issues facing Japan. But Bovrisse is also considering a role in politics.

“I don’t want to waste the experience of what I have gone through [in court],” she said, pointing out that the resultant media coverage about women’s rights at work was limited and short-lived. One Japanese media outlet even admitted to only interviewing her about her case after being scolded for not doing so by his overseas-based boss.

Bovrisse is convinced that her running for Tokyo Governor in 2020 is one way to bring a sea change in Japan. She admits, though, that her plan may be delayed by a few years due to the overseas expansion of Chateau School.

In closing, Bovrisse encouraged entrepreneurs to live their daily lives with positivity and to remember that we can each do many different things in our long lives.