Diversity and Mindset: Everyone is Responsible 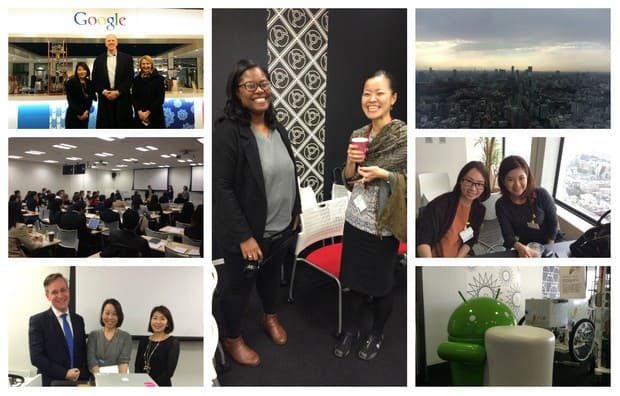 Since April 2012, we have been running a Diversity and Inclusion (D&I) programme designed to promote greater understanding of, and develop support mechanisms for, the growth of diverse groups in the workplace in Japan, including:

Keiko Hirayama, Head of Search & Brand Marketing at Google Japan opened the session by expressing Google’s commitment to driving change towards a healthier culture of work-life balance, referring to Google’s Women Will initiative, a project dedicated to promoting tools and opportunities to drive diversity and flexibility in the workplace.

Moderator, Alexander Wellsteed, Investment Advisor, Japan Bank for International Cooperation (JBIC), initiated the panel discussion by asking the two panelists to elaborate on their own experiences as working mothers and to give examples of best practice at their respective companies regarding the three “Women Will” pillars of company policy, company culture, and technology usage in driving flexibility in the workplace.

Panelist Kaoru Iino (BT) began by illustrating the many hurdles faced by working parents in Japan who do not have access to remote working opportunities such as waiting lists for registered childcare facilities, crowded commuter trains, or parking expenses. The panelist emphasised that many of these costly challenges can be overcome with simple IT tools which make it possible to work from home.

Yuri Yamachi (Google) supported Iino’s comments, giving examples from her own life. With three children and an international career spanning between the US and Japan, diversity and flexibility issues are high on the family agenda. The panelist emphasised that a flexible work life should be something available to every individual employee, not just to specific groups such as working parents and highlighted the importance of a strong and supportive company culture.

Both panelists agreed that reforms must be implemented not only on a national and political level, but in company policy, company culture, and IT advancements in order to ensure successful reform.

IT Solutions and Flexibility

The first question posed by moderator Alex Wellsteed was how IT solutions have facilitated professional networking in the last few years and how technology can make a difference.

Both Yamachi and Iino who work for international companies praised the convenience of communication tools such as audio and visual conference services which can be utilised across time zones, in diverse locations, and between all groups within a company, not only by senior managers as might have been the case in the past.

Iino pointed out that  “it can only be of benefit for a company that specialises in such technology to implement these tools within the company to boost employee satisfaction and company performance.”

Although privacy issues remain a concern for some of the more traditional Japanese corporations and ministries, Yamachi added that inclusive applications such as Google Hangout, Skype, Messenger, FaceTime are accesible to everyone, free of charge, and are simple to use. Modern technology and applications mean that every company from start-ups to large corporations now have the opportunity to change their traditional working practices and to increase working flexibility. 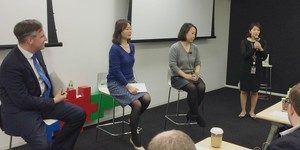 Iino praised BT Japan for encouraging a healthy working environment and for offering flexible working arrangements to all who needed them. Employees understand that they can talk to their managers about any issues that affect their working life for which they may need more flexibility, be it childcare, nursing care, or simply personal issues which require more time at home.

Yamachi agreed, saying “the company culture must encourage a work-life balance among all employees, who should feel that they can bring their whole self to work”. At Google, she said, this is a core cultural value. “Cultural awareness is key”, the panelist said. “In Japan, employees feel under pressure to apologise if they leave work sooner than their colleagues. This small corporate tradition might seem insignificant, but it is said every day, five days a week and can lead to feelings of guilt and pressure to stay longer at the office. Abolishing such practices can result in big changes in attitudes and working practice”. It is vital that employees understand that not only managers, but “everyone is responsible” for bringing about a new mindset.

Iino added that a company does not necessarily require an immediate policy change for these reforms to be implemented – paramount is a supportive team that advocates change and that employees are given options. “When such support and choices are in place, the feeling of obligation subsides and flexible working hours become a natural way of working.”

Moderator Alex Wellsteed highlighted this point by pointing out that Japan offers particularly generous conditions – better than the UK and the OECD average – to fathers wishing to take paternity leave, but that only 2.3% of eligible men in Japan actually take it. 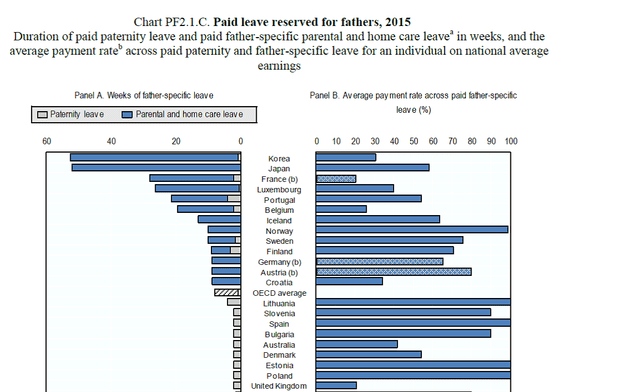 In the subsequent question and answer session, the subject of societal pressure and media representation were raised.

Yamachi told the audience of her experience when she told people of her pregnancy with twins. The reaction of most people, even before congratulating her, was of consternation followed by the question “What will you do?” or “When will you quit your job?”. The general assumption in Japanese society, the panelist said, is still that it is the responsibility of the woman to raise the children and make all the sacrifices. “It is not uncommon to hear women praising men for taking care of the baby for two hours on a Sunday – this shows that childcare is still considered the mother’s domain and that the father is doing a favour rather than fulfilling his responsibilities.”

Iino agreed, and warned against “unconscious bias” in the work and at home. The panelist spoke of a culture of “Shōwa housewives” who were raised to serve their husband and bring up the children so that the husband could focus fully on his work and provide financially for the family”. This perspective, warns Iino, is still very much engrained in Japanese society and it is key that such attitudes be broken down for successful change to occur. A change in mindset is necessary.

Interesting insights were shared by the audience. One topic raised was the issue of domestic help. As a result of cultural expectations, most families in Japan, one participant argued, would never hire a help to support with housework and childcare. “By removing the taboo of domestic help, life for working couples with children could become a lot more manageable –  business trips or a child with a cold would no longer be a problem.”

It was also agreed that as well as the long waiting lists for registered kindergarten places in local communities, the expectations placed upon parents to be present at teacher-parent conferences or school events without the provision of childcare was problematic. “The provision of more 24/7 childcare services for working parents who have to take business trips and who do not have an extended family to lean on would also make a big difference”, said panelist Iino.

A Japanese father in the audience who had taken two months paternity leave encouraged others to invest time in “human relations” at work, saying that conversations and exchange can be more effective than policy. He spoke of his success in “lobbying” his colleagues and clients, talking to them well in advance about his plans, and how positive and supportive they had been. Panelist Iino reiterated the importance of good relations with one’s boss and team in securing a supportive working environment.

Another suggestion put forward was for improved media representation of working parents. With the popularity of NHK dramas, much might be achieved through a drama based around working parents and modern-day working practices. Representation of traditional mother-at-home families in advertising, it was agreed, is also counter-productive and can negate many of the positive steps taken by the government to drive more women into senior positions and the workforce.

The audience also heard that it can be challenging for parents who have taken a longer period of time out from work to return to their profession, as Japanese recruiters are reluctant to hire people who have had a career gap of more than two years. Panelist Yamachi said that companies such as Google have introduced internship programmes to address this problem, welcoming experienced professionals into the workplace with flexible internships combatting brain drain and benefitting both the company and the intern.

Changes in recruitment policies in Japan, it was agreed, would also be very helpful in boosting diversity and inclusion. The UK was named as a successful example, where is is against the law for a recruiter to request information on marital status, to ask questions about pregnancy or family, or to demand a photo on a job application.

Keiko Hirayama, Marketing Manager at Google, concluded the session with a presentation on Google’s Women Will initiative, highlighting examples of best practice at Google in helping Japanese women to stay or return to the workforce by proposing better ways to balance work and private life through the use of technology and support networks.

According to feedback from the post-event survey, the seminar provided a wealth of insights into the promotion of family-friendly workplaces. BCCJ guests remained long after the session to exchange views and experiences, network, and reflect on the power of support and collaboration in achieving a healthier and more diverse work-life balance in Japan.

Womenomics at a Crossroads HERE