Written by Sterling Content
September 14, 2014
Past Event Round Ups 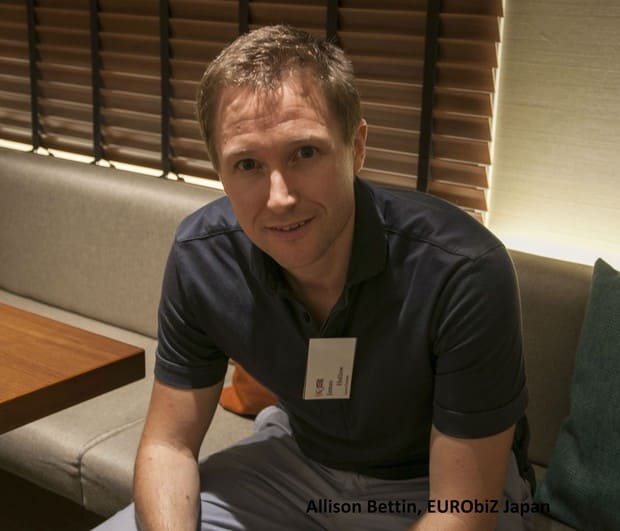 Written by Sterling Content
September 14, 2014
Past Event Round Ups

With a voracious & media saturated consumer culture, and an unrivalled digital infrastructure, Japan should be any marketer’s dream.

Yet, stiff competition from major domestic players such as Dentsu, a complex digital landscape, coupled with often impenetrable consumer and client behaviour, can make the nation an uncrackable nut for many international brands and marketing supremos.

Last night, more than 40 BCCJ members and guests gained insights from a speaker who has proved the exception to the rule at “Growing a marketing business in Japan” held at Compass Offices Habitat, Meguro.

Using the evolution of Japanese media as a backdrop, James Hollow, President of Lowe Profero Japan, shared the evolution of his own marketing business, addressing the challenges and achievements he’s faced in delivering consistently innovative and effective solutions to domestic and foreign clients and consumers alike.

Having acquired a portfolio of diverse clients in Japan – from British icon Dyson, to global giant Johnson&Johnson, as well as digital-age brands Norton and Apple’s iTunes – James highlighted the consumer’s thirst and perpetual need for new concepts which were “often ahead of current trends.”

He explained that Japan is home to the most lucrative app market in the world and that apps have to be seen as a long term investment by firms. “Japanese app consumers have high standards but if you can meet their needs with simple and charming functionality & design they will pay up, and large revenues will flow.”

He advised brands to embrace their potential to develop an integrated digital ecosystem with a holistic content strategy at its heart. By creating content that has genuine value to its audiences and getting it out there shared and discussed, brands can quickly achieve a competitive advantage, but it requires a joined up approach and a team of digital natives.

James – who graduated from Oxford University with a Masters in Physics before working as a strategist in WPP Group companies such as Ogilvy&Mather – also tackled the trials and tribulations that both small and large businesses can encounter whilst engaging within the Japanese marketplace.

New agencies and companies often face a difficult situation, with domestic agencies Dentsu and Hakuhodo controlling the market by holding exclusive access to media and celebrities. “The newest giant in the media scene is Cyber Agent which gained scale by creating a blogging platform for celebrities from traditional media channels on the web, bringing their fans with them. In this sense they were copying the Dentsu model, only in a new digital realm”, James said.

Although it can seem hard to get traction as an agency in a market with such strong players and relatively slow change, digital channels are allowing the introduction of many innovative approaches that are chipping away at the old order, and the reliance on celebrity is challenged on digital where social credibility and innovative interaction and content can fulfil the need for credibility and novelty.

“As a digital agency Innovation and diversity are keys to a strong culture, attracting talent and staying ahead of the curve.”

James is currently president of Lowe Profero Tokyo, the digital arm of Lowe & Partners, leading brand & communications strategy for international brands in Japan, and taking Japanese brands out of Japan. In 2004, he co-founded Alien Eye, a Tokyo-based independent digital agency, which he ran as CEO until its acquisition by Profero in 2013. He is also a mentor at 500 Startups – Silicon valley’s most prolific accelerator program, supporting tech entrepreneurs build growth strategies for Japan – and set up Growth Hacking Japan, a thought-leadership program for Japanese founders on growing web & mobile businesses.