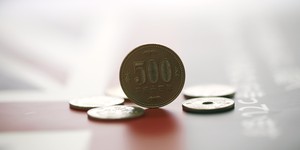 As a step to bolster private spending, the government will exempt from taxation in fiscal 2015 gifts of money from parents or grandparents to their children or grandchildren aged 20 and older to pay for their marriage, childbearing and child-care expenses.

The tax exemption, which will be applicable to gifts of up to 10 million yen per recipient, is designed to tap the huge financial assets held by the elderly in invigorating the economy amid the rapid aging of the population.

To revitalize local economies, tax breaks will be given to companies relocating their headquarters from Tokyo and other large cities to the regions.

The bills also included the postponement of an additional consumption tax increase to 10 percent for 18 months from this coming October as decided by the Abe government last year. The government raised the tax rate by 3 percentage points to 8 percent in April last year.