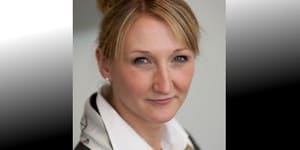 At BCCJ events over the past month we’ve heard directly from senior figures involved in the London 2012 Olympic and Paralympic Games and the Rugby World Cup 2015 (RWC 2015).

We learned how the organisations involved emphasise diversity—of ideas, people and location—to deliver world-class experiences across communities. They value cross-generational teams and multi-cultural collaboration, and create an inclusive culture, particularly at the volunteer level, of age, gender and skills.

Sport, and sporting events are, of course, a great equaliser but working in Japan doesn’t always offer such a level playing field.

At the end of May I attended the annual conference of the UK–Japan 21st Century Group. Among the delegates (19 from the UK; 23 from Japan) were BCCJ members Haruno Yoshida of BT Japan and Christine Zeitz of BAE Systems.

Currently in Japan, over 70% of university-educated women drop out of the workforce to get married—a massive brain drain for the economy. By better engaging half of the population, we are told the nation’s GDP could grow as much as 13%. The question is how?

At a recent presentation at Waseda University entitled “Developing Japan’s Workforce on the Road to 2020: Examples from the UK” I outlined possible ways to encourage young Japanese to stay in the workforce and reach senior managerial level.

Companies could overhaul outdated workplace practices, introduce a system of meritocracy, create an environment that favours results as opposed to presenteeism, and put resources into training and developing young people.

This is not simply about Womenomics or women’s issues: it’s about re-educating older men, re-energising young people, and rebooting the system.

Last year I gave a speech about being a working woman in Japan at Gunma Women’s University, where I was struck by the students’ ambition, English ability and strong appetite for working in multi-national environments, both in Japan and overseas.

Japan now has a once-in-a-generation opportunity to diversify its talent pool by including such students.

The UK and the BCCJ are poised to support Japan in the lead up to RWC 2019, and Tokyo 2020, when we have a great opportunity for knowledge transfer between nations. This is not simply about the delivery of major sporting events, but also the globalisation of Japan as a whole