Written by BCCJ
May 16, 2017
Community and Business, Japan News 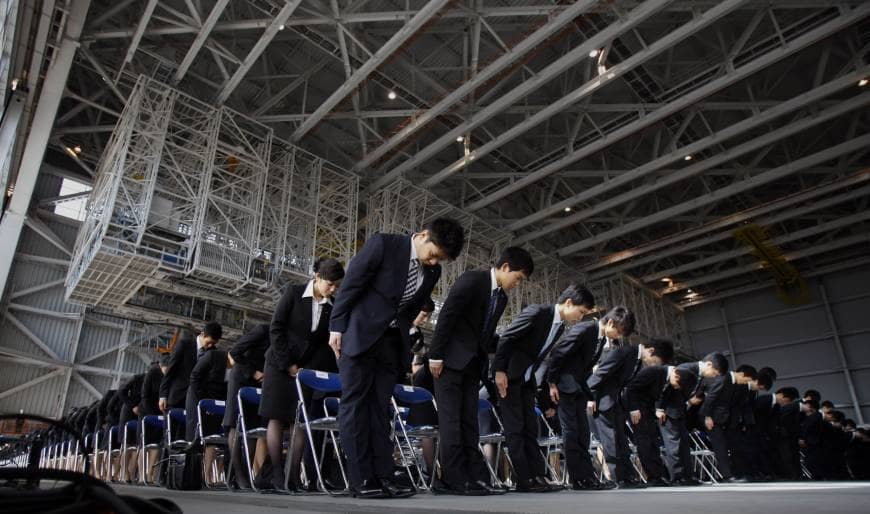 Written by BCCJ
May 16, 2017
Community and Business, Japan News

The Japanese government for the first time has released a nationwide list of over 300 companies that have violated labour laws, hoping this name-and-shame tactic would help eliminate abuses and prevent karoshi, or death by overwork.

In the list published this week on the labour ministry’s website, major companies such as advertising agency Dentsu Inc and electronics maker Panasonic Corp are named for illegal overtime, and a local unit of Japan Post, a subsidiary of Japan Post Holdings Co, is mentioned for failing to report a work-related injury.

Abuses such as illegal overwork have become so common in Japan in the past decade that such companies have been dubbed “black” companies in the media. Public outrage over long working hours and the suicide of a young worker at Dentsu in 2015, later ruled by the government as karoshi, have pushed Prime Minister Shinzo Abe to make labour reform a key policy plank.

The labour ministry’s list includes 334 companies that have received warnings for excessive overtime and other labor violations between last October and this March. Regional labour bureaus had already individually made these cases public, though they had sometimes withheld the company names.

However, not all companies under investigation are publicised or included in the list, a labor ministry official said. The ministry publicises the companies’ names only when it decides doing so would help encourage compliance and would be in the public good, she added.

Abe’s government in March endorsed an action plan for sweeping reforms of employment practices, including caps on overtime and better pay for part-time and contract workers.

The proposals, which may come into effect from 2019, will only add to strains already felt by firms grappling with a deepening labour shortage due to a rapidly aging population. That said, more pressure to boost productivity is seen as long overdue and could boost growth in the long term.

Lawyers and activists, however, have said the steps the government has so far proposed do not go far enough.

A spokesman for Dentsu declined to comment, and Japan Post could not be immediately reached for comment. A spokeswoman for Panasonic said the company takes the labour violation case seriously and that it will work to prevent such future cases.