Business with the Yakuza 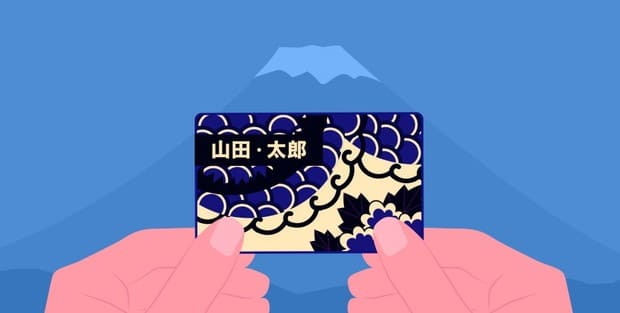 The FTI Journal is published by BCCJ Corporate Member FTI Consulting and explores topics that impact the risks faced by businesses as well as their reputation. One of the latest articles addresses Japan’s legendary crime syndicate, the Yakuza, which is deeply embedded within Japanese society and is regulated by the government.

FTI Journal warns that foreign executives looking to do business in Japan should take care: the Yakuza are as dangerous in the back alley as they are in the boardroom.

Organized crime syndicates in Japan, collectively known as the Yakuza, operate differently than in most countries. The government regulates their activities in a quasi-legal arrangement that’s seen as a necessary evil for preserving order and stability—two highly prized attributes within Japanese society. As a result, many Yakuza gangs appear to operate as legitimate businesses; they maintain brick-and-mortar offices, carry business cards, and some even offer pension plans to their members.

But make no mistake: The Yakuza are dangerous, and foreign professionals looking to do business in Japan should be highly aware of their presence and proceed with caution. Those who ignore the reality of the Yakuza can find themselves at grave risk to reputation as well as vulnerable to fraud and even extortion.

The following are five key things to know to avoid doing business with the Yakuza.

Dating back more than a century, the current estimate of 53,000 active Yakuza members is spread among a vast array of criminal organizations. Each operates by its own code of ethics. Some are more violent than others, but all Yakuza members view themselves as part of Japan’s traditional feudal order and follow Bushido, otherwise known as the Samurai Code. As such the Yakuza consider payments they receive part of a feudal tax. Still, violent crime levels are very low in Japan compared to other developed countries and the public imagination in part credits the Yakuza for the relative absence of petty crime—even as they engage in widespread corruption and graft.

Businesses Beware: The Organized Crime Exclusion Ordinance—a 2012 update to a 1997 law adopted across Japan—makes it illegal to knowingly do business with the Yakuza or facilitate operations that profit them. However, the ordinance is loosely applied in contrast to similar efforts in other countries and relies more on the threat of public exposure to shame companies into compliance. This does little to deter the Yakuza from continuing its illegal activities.

2) The Yakuza Have Long Tentacles that Reach Deep

The Yakuza exert strong influence in real estate, entertainment, and construction. Within construction, a rapidly aging population has led to labor shortages on site, leaving networks of subcontractors to fill vacancies, which in turn opens the door for Yakuza exploitation throughout the chain. The 2020 Summer Olympics in Japan are expected to provide similar openings for criminal elements to profit off of legitimate industries including construction, real estate, and entertainment.

Businesses Beware: Almost any business relationship in Japan—whether private or public including education and sport—is vulnerable to Yakuza involvement. Thoroughly screening potential employees, as well as verifying accuracy and legitimacy of corporate affiliations, is recommended.

3) The Yakuza Will Use Your Secrets Against You
Knowledge is power, and the Yakuza will do what it takes to gain that power over their targets. One practice they engage in with larger companies is a form of racketeering known as Sokaiya. It involves gathering embarrassing personal information about executives and company’s undisclosed illegal activities that can later be used for blackmail purposes by threatening to reveal such information at shareholder meetings. However, Japanese law has increasingly attempted to curb this practice by limiting meeting attendance to those with major stock holdings.

Businesses Beware: A well-developed communications response plan for dealing with scandal or unwanted disclosure of embarrassing information is a must.

4) The Yakuza Are Good at Posing as Legitimate Businesses
Using sophisticated fronts and members posing as business professionals, the Yakuza have deceived numerous corporations, both large and small, out of sizeable sums. In 2008, for instance, one Yakuza gang duped a number of investment firms, including global giant Lehman Brothers, through an elaborate ruse. By exploiting company insiders, the gang was able to acquire authentic stationery and business cards, and use company meeting rooms to fool investors into thinking they were representatives of a legitimate biotech firm and defrauded them out of as much as $350 million.

Businesses Beware: While not all corruption in Japan is tied to the Yakuza, the Cold War adage of “trust, but verify” is advisable for professionals looking to do business in Japan. The risk is great enough, in fact, that professionals should establish multiple points of contact within a prospective business and investigate all potential partners thoroughly.

5) The Yakuza Will Outsmart You

Though there have been crackdowns against the Yakuza, the syndicates have become more adept and sophisticated in their ability to work around regulations. For instance, physical brutality is subcontracted out to freelancers with no past criminal records or ties; the Yakuza are moving more deeply into cybercrime to gather personal and financial information to be used for extortion.

Companies buying land in Japan often find themselves negotiating with Yakuza syndicates that have already purchased key parcels within a development area through inside information and demand extortionate payments for release.

Businesses Beware: Unintentional involvement with the Yakuza is a real concern. Though they rarely target foreigners, companies should ensure business can continue to operate even if a partner is targeted by the Yakuza. Fortunately, contracts between companies now are required to include anti-Yakuza clauses.