Written by BCCJ
March 18, 2016
Community and Business, Past Event Round Ups

Written by BCCJ
March 18, 2016
Community and Business, Past Event Round Ups

The British Chamber of Commerce in Japan’s (BCCJ) Global Sporting Events (GSE) mission is to support the interests of its members, along with the organisers of the 2019 Rugby World Cup, and the 2020 Olympics & Paralympics, to achieve the best possible organization, business and community results before, during and after the events.

Since before Tokyo won the right to host these major GSE, we have been delivering an events programme that underpins this mission, supporting knowledge-transfer between London 2012 and Tokyo 2020, and the 2015 and 2019 Rugby World Cups.

UK Ambassador Tim Hitchens, CMG, LVO opened the session and reminded attendees that in 2014, the UK and Japan signed a Global Sporting Events Host to Host Agreement formalising the two nations’ commitment to share the UK experience and lessons learned – good and bad – from planning and delivering the Olympic and Paralympic Games in 2012 and the Rugby World Cup in 2015.

The Ambassador then highlighted the ongoing successful GSE partnership between UK Trade & Investment team at the British Embassy Tokyo and the BCCJ. This partnership has so far delivered over twenty events to support knowledge transfer between the UK and Japan, including seminars with: the Mayor of London, Boris Johnson; Lord Deighton (Chief Executive of the London 2012 Organising Committee); Jean Tomlin (Head of Workforce, London 2012); and Sue Hunt (Head of Diversity, London 2012).

The most recent GSE collaboration focused on the visit to Japan by Lord Coe and the British Olympics Association to sign MOUs securing Team GB training camps in Yokohama, Kanagawa and Keio University. As a result of these activities, said the ambassador, “the UK has become Japan’s preferred partner on Olympics engagement and long-term legacy projects.”

He went on: “We’ve formed strategic and cordial working relationships with the Tokyo 2020 Organising Committee, Tokyo Metropolitan Government, the Japan Olympic and Paralympics Committees, the Japan Rugby 2019 Tournament Organiser and many other Global Sports stakeholders. We’ve introduced those teams to counterparts in the London 2012 and Rugby World Cup organising and sporting bodies to connect the most relevant experts in their field.”

Addressing the already strong relations forged between the UK and Japan’s GSE organisers and stakeholders, the Ambassador confirmed, “We’ve made a good start at building business-to-business relationships and have helped UK companies secure contracts valued nearly £5 million, linked to early planning for Tokyo 2020.”

The Ambassador went on to say he was delighted to launch the UK Global Sporting Events Champions network: “Together, you will be stronger in seeking business, and helping Japan to deliver the Rugby World Cup 2019 and the Tokyo 2020 Games. I and my Embassy teams are pleased to pledge our support for your group in this ongoing collaboration between UK and Japanese firms on Global Sporting Events initiatives, using our shared values to work actively with Japan, for the benefit of UK PLC as a whole.”

President of the BCCJ, David Bickle, welcomed the Ambassador’s support and emphasised the commitment of the BCCJ to promote GSE-related business and community opportunities for its members.

Bickle highlighted three core areas covered by the BCCJ GSE programme: B2B, B2C, and community programmes surrounding GSE events. He also stressed the importance of working with partners in Japan, such as other foreign Chambers of Commerce, as well as media to highlight team values and success stories.

And he encouraged firms to download the BCCJ’s two most recent reports on GSE opportunities:

In the subsequent round-table discussion, the GSE Champion firms exchanged views on the challenges faced by UK companies with regard to Tokyo 2020 acquisition and procurement processes, and expressed their hopes that their sports-related business aspirations might come to fruition faster than they are at present.

The firms also said they were seeking more efficient dissemination of information, and a “two-way communication process” with key stakeholders in Japan. It was acknowledged that the BCCJ has a crucial role to play in bringing all parties involved into a more synchronised and productive dialogue through, for example, formalised periodical meetings.

It was also agreed by all present that there should also be a concerted effort in Japan to highlight the attractiveness and power of the Paralympics as an agent for social change – something that has not yet been achieved in Japan and support of which carries enormous potential for the success of the Games and associated businesses.

During the bid process for the 2012 Olympics, former London Mayor Ken Livingstone described London as “the world in one city.” London’s winning bid pitched the city’s multiculturalism and diversity as major strengths and promised to host the most accessible Games ever. Nelson Mandela, Nobel Laureate and former Prime Minister of South Africa, supported the bid by calling London “a wonderfully diverse and open city.” 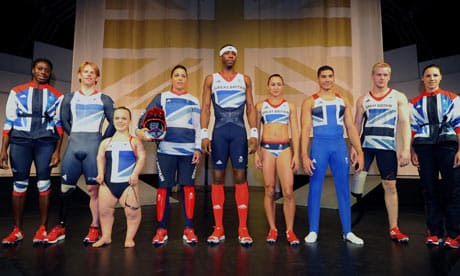 The BCCJ GSE Champions believe that to be ready for Tokyo 2020, the Tokyo Organising Committee of the Olympic Games and Paralympic Games (TOCOG) should ensure the city stands by Olympic commitments to diversity by making the process of getting involved fair and open to all Japanese and Tokyo-ites. Hosting the Games requires an inclusion strategy capable of working on a national scale.

In addition, previous BCCJ GSE event speakers have made clear that London 2012 organisers (LOCOG) were commited to creating a work culture where everyone felt welcome and respected. These values were incorporated into all aspects of its day-to-day business activities – from recruitment to communication, decision-making and procurement.

Critical to the LOCOG’s strategy was its Diversity and Inclusion Business Charter with the supplier promise: “We will be easy to do business with; we will be transparent, and will actively promote diversity and inclusion to everyone we do business
with.”

It was pointed out during the roundtable discussion that the London 2012 Olympics and Paralympics worked with vendors and suppliers who were “best in class”. All LOCOG’s contracts, tenders and business opportunities were posted on CompeteFor, an online marketplace where any business could register. The transparency and accessibility of LOCOG’s procurement process opened up the supply-chain, improving access for small and minority-run businesses.

To this day, LOCOG continues to work with partners in UK government and the Rio 2016 Team to lead the sports sector in implementing inclusion policies, “going for gold’ and a lasting legacy beyond 2012.

Delivering the Games the Japanese Way

Head of Strategic Trade at the British Embassy Toyko, Tim Johnson, mentioned that the Tokyo 2020 organisers had recently established an online portal, designed to facilitate the tender and procurement process: https://www.sekai2020.jp/bcn2020.html

Johnson said: “I understand it will open from next financial year although pre-registration is already available.”

While all agreed that they are keen to identify channels through which to share their expertise, it was recognised that Japan has a strong domestic industry players and previous successful experience in hosting sports events. Japanese companies are eager to learn from the experiences of UK companies, but are also excited about delivering the Games themselves “the Japanese way”. 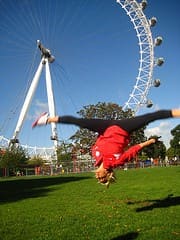 In conclusion, the BCCJ and its Global Sporting Champions cemented their commitment to working with leaders in the UK and Japan’s public and private sectors. In the GSE arena, they will continue to collaborate closely as “one team”, bringing together knowledge from public organisations, NPOs, membership organisations, UK-based trade bodies, media, and individual advocates.

The GSE Champions said they were grateful for the once-in-a-generation chance for UK private and public sector organisations to share learnings around – and pledge support for – delivering the 2019 Rugby World Cup and the 2020 Olympics and Paralympics.

Positioned at the heart of sport, business, government and community, the BCCJ’s Global Sporting Events programme, supported by the British Embassy Tokyo, will continue to deliver:

• A platform to “make Japan the winner”
• Valuable lessons learned from London 2012 & RWC 2015
• Access to UK business, management, event experience
• Regular events, briefings, webinars, reports
• Community, volunteer, CSR initiatives
• Insights into utilising sport as a catalyst for social change in Japan
• A programme for organisers, communities, businesses from the UK & Japan to “win together”.
The BCCJ urges more Japanese and British companies to get involved in the GSE Champions network, and to utilize the exclusive networking opportunities created by the BCCJ events platform.
For more information: [email protected]
__________________________________________________________________________
MORE READING
Read more about the highlights and opportunities surrounding Olympics and Paralympics related business opportunities here: