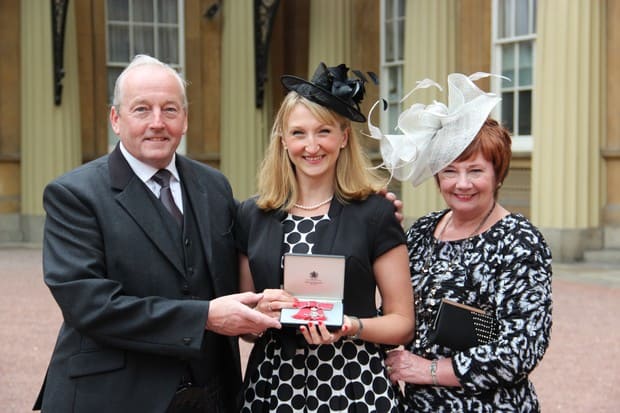 On Friday 7 June, the Executive Director of the British Chamber of
Commerce in Japan (BCCJ), Lori Henderson, collected an MBE (Member of The Most Excellent Order of the British Empire) at Buckingham Palace.

The honour was awarded in The Queen’s 2013 New Year’s Honours List, and the investiture was carried out by HRH The Prince of Wales.

Established by George V on June 4 1917, the MBE is an order of chivalry which acknowledges significant achievement or outstanding service to the community.

Lori, who attended the ceremony with her parents and brother, said, “I am honoured to have received this award for services to post-earthquake reconstruction and to the British business community in Japan, and genuinely humbled that my work has been recognised by Her Majesty
the Queen”.