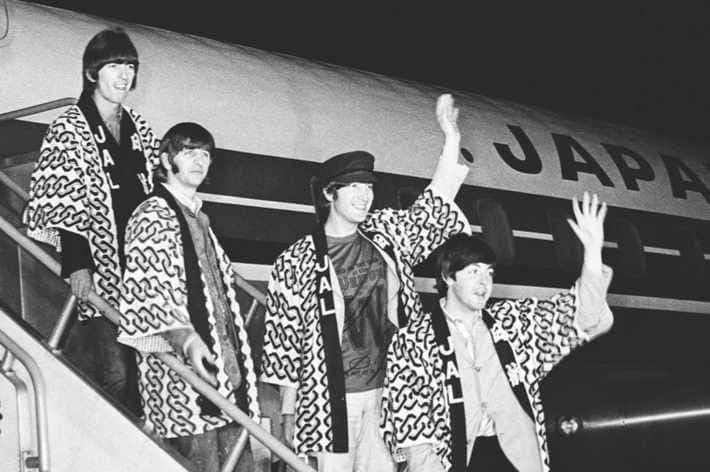 Wednesday marks 50 years since the Beatles visited Japan. Photo exhibits in Tokyo are helping fans remember the excitement that the British rock band brought to the country.

The group arrived in Tokyo on June 29th, 1966, and played 5 concerts at the Budokan.60 photos of the band’s stay in Japan are on display at an exhibition in the Chiga Museum in the capital’s Nakano Ward. The images, by the group’s official photographer Robert Whitaker, convey Japanese fans’ enthusiasm.Some of the photos show the 4 Beatles taking the stage under a huge Japanese flag and performing in matching suits. Also on display are related items such as a traditional Japanese happi coat worn by John Lennon.

A 30-year-old female visitor said the photos are fun to see, as the only image she knew from the Beatles’ visit to Japan was one showing them getting off their plane.Another exhibit of photos from the tour opened on Wednesday in Shibuya Ward, and features the work of Japanese photographer Keiko Sasaki. She said she wants visitors to feel the Beatles’ greatness and Japan’s excitement over them half a century ago.