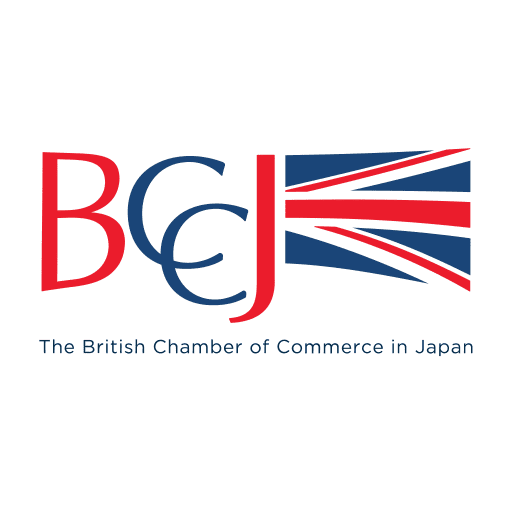 Now in its ninth year, the British Business Awards (BBA), run by the British Chamber of Commerce in Japan, recognise excellence and promote success and innovation across all industries. The awards also acclaim the important social contributions made by organisations through their commitment to community, ethical behaviour and environmental sustainability.

By the conclusion of the 2016 British Business Awards (BBA) nomination period, Friday, 28 October at 17:00, we had received 28 nominations across 6 categories. British Business Awards trophies are presented each year to mark outstanding contributions to the UK Japan commercial relationship. BBA award categories are open to any eligible companies or individuals with relevant achievements.

– Company of the Year (5 nominees)

– Entrepreneur of the Year (6 nominees)

Which organisations and individuals have been nominated for each award? Find out below!

2016 BBA Company of the Year Nominees

– GPlus Media
For achievements in ‘building an international Japan’: ensuring foreigners can have a better life in Japan by providing them with essential information on finding work, accommodation, schools, living advice and news; and for supporting Japanese companies connect to GPlus Media’s foreign audience.

– Glaxo Smith Kline K.K.
For helping people to do more, feel better, and live longer; for widening access to GSK products, no matter where a person lives or what they can afford to pay; and for raising awareness of this commitment as a visible contributor to Japanese society.

– MAST Asia
For achievements as Japan’s only international defence trade-show and conference, attracting some 4,000 international delegates from 40 countries in 2015 with expectations for the next conference to double in size; and for successful collaboration between UK defence companies and corresponding authorities in Japan.

– The Peninsula Tokyo
For honouring Japanese traditions and culture by delivering efficient, engaging, and experiential services by a diverse and passionate team; and for respecting the community and environment as an active corporate citizen committed to growing responsibly and sustainably.
2016 BBA Entrepreneur of the Year Nominees

– Ian Gibbins (Swan & Lion)
For bringing great tasting modern British food to the Japanese and expat community in Tokyo, opening a British deli and bakery this year in Tokyo Kundanminami, and changing the image of British food among Japanese consumers.

– Emily Le Roux (Mums in Business)
For building a vibrant, diverse community of over 200 working mothers in Tokyo; for achievements in organising innovative networking events; and for the inspirational promotion of businesses launched and supported by the group.

– Tamao Sako (The British Pudding)
For her success as a Japanese expert on British baking and cuisine; her popular classes, blogs, TV show, and UK tours; and for receiving this year’s Gourmand World Cookbook Grand Prix prize for her British cook book.

– David Syrad (AKI Japan K.K.)
For leveraging Japanese and international networks on four continents to build business in Japan, the UK and Europe; identifying investment and business opportunities in several sectors and developing them innovatively; and for significant business expansion.

– Alad Ltd and Space Media Japan
For partnering to launch and run the first international trade show in a brand new market to Japan with over 1950 attendees, generating massive media interest and JPY52 million.

– Horiba Ltd & Horiba Mira Ltd
For exemplary economic cooperation between Japan and the UK through the introduction of a new engineering service provider to the Japanese automotive sector, capable of delivering new services to automotive companies that will help them to maintain product development competitiveness in a global market.

– Japan Association of Overseas Studies & British Council
For launching the ‘Summer Study in the UK Programme’ for Japanese Senior High School Students in 2016 to forge new links between Japanese agents and UK English language schools with a view to growing the market and helping young people realise their potential through education opportunities.

– Tokyo Electric Power Company Holdings, Inc. & Sellafield Ltd.
For collaboration between the UK and Japan in supporting each other’s nuclear programmes; and for sharing decommissioning and waste management experiences to accelerate high hazard and risk reduction at both Sellafield and Fukushima Daiichi enabled by vibrant, committed and enthusiastic supply chains.

– Fulford Enterprises Ltd.
For providing the opportunity to discover new paths to the future in the Japanese countryside, and for encouraging the British business community to join the quest for fresh ways to optimise the exceptional cultural and commercial value of regional Japan for the benefit of all.

– Hilton Tokyo Bay
For conducting a wide range of activities with hotel team members, from inviting a local orphanage to Tokyo Disney Land, donating TVs to Tohoku, building a playground for children to support local communities and many more.

– Kinder Kids Inc.
For providing a native-level English school environment and supporting children to cultivate independence, to develop autonomy, and to acquire a sense of self in a globalised world; and for operating as a combined nursery and daycare system to help Japanese women return to work.

– Klein Dytham architecture
For generating positive change in communities by building temporary housing areas in Tohoku and Kumamoto; for the revitalization of the T-SITE complex in Daikanyama and the creation of new spaces in Ginza Place; and for building communities in over 900 cities worldwide with the creative platform ‘PechaKucha Night’.
2016 BBA Innovation Nominees

– Alad Ltd.
For raising local awareness and recognition of the Multipurpose Venue Management market by bringing a hugely successful international trade show to Japan in the run up to Rugby World Cup 2019, Tokyo 2020 & Asian Games 2026.

– Astra Zeneca K.K.
For their commitment to Japan, illustrated by the successful launch of the innovative anti-cancer drug TAGRISSO®; and for initiatives to expand and expedite access to treatments for Japanese lung cancer patients.

– Equity X Inc.
For driving innovation through new products implementing AI technology through an inspired international team of experts saving companies time and human resources costs; and for product acceleration and business expansion to the UK.

– TransferWise
For becoming one of London’s biggest fintech success stories by making it cheaper, faster, easier and most importantly, fairer to transfer money internationally; and for their recent launch in Japan.
2016 BBA Person of the Year Nominees

– Diane Kichijitsu (Performer)
For bridging the UK, Japan and the world through her unique Rakugo in English and Japanese, her seminars on UK and Japanese culture and teaching kimono dressing, ikebana, tea ceremony and other arts to Japanese and non-Japanese alike.

– Elizabeth Oliver MBE (Animal Refuge Kansai)
For her work with the NPO ARK, which for 25 years has rescued thousands of abandoned, abused and homeless animals with the aim of finding them permanent homes after natural disasters such as 2011 Tohoku earthquake.

– Julian Ryall (Journalist)
For creating and tightening UK-Japan cultural and business ties, and deepening bilateral understanding in his role as a journalist, and for his achievements as a pillar of the UK community in Japan.

We wish all 2016 BBA nominees the very best of luck!