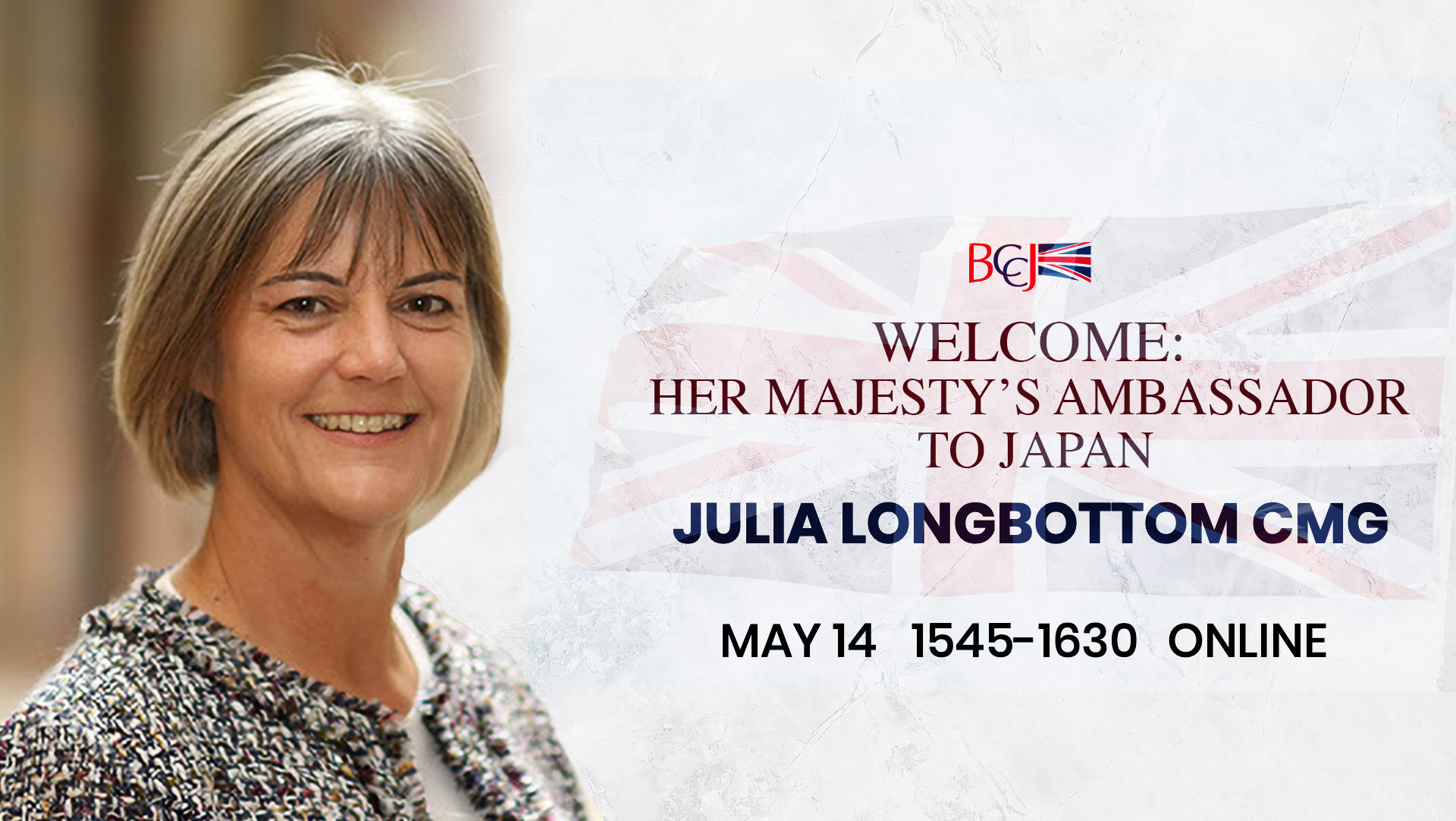 On March 29, Julia Longbottom CMG formally became British Ambassador-designate to Japan. Having since presented her credentials to Emperor Naruhito, Julia has made history as the first female Ambassador in this particular role.

Julia will be a familiar face to many in the BCCJ community, having previously served in Tokyo as Minister and Deputy Head of Mission (2012-16) and as Second Secretary – Political Affairs (1990-1993).

On May 14 you are invited to join this very special digital meeting, to give Julia a warm welcome back to Japan and hear her thoughts on the future of the UK-Japan relationship in an exciting new era.

After her opening remarks, Julia will take questions from BCCJ members. You are welcome to send your questions in advance to: [email protected] by the deadline of May 12, noon. You can also send questions during the session, which will be moderated by Lori Henderson, Executive Director of the British Chamber of Commerce in Japan.