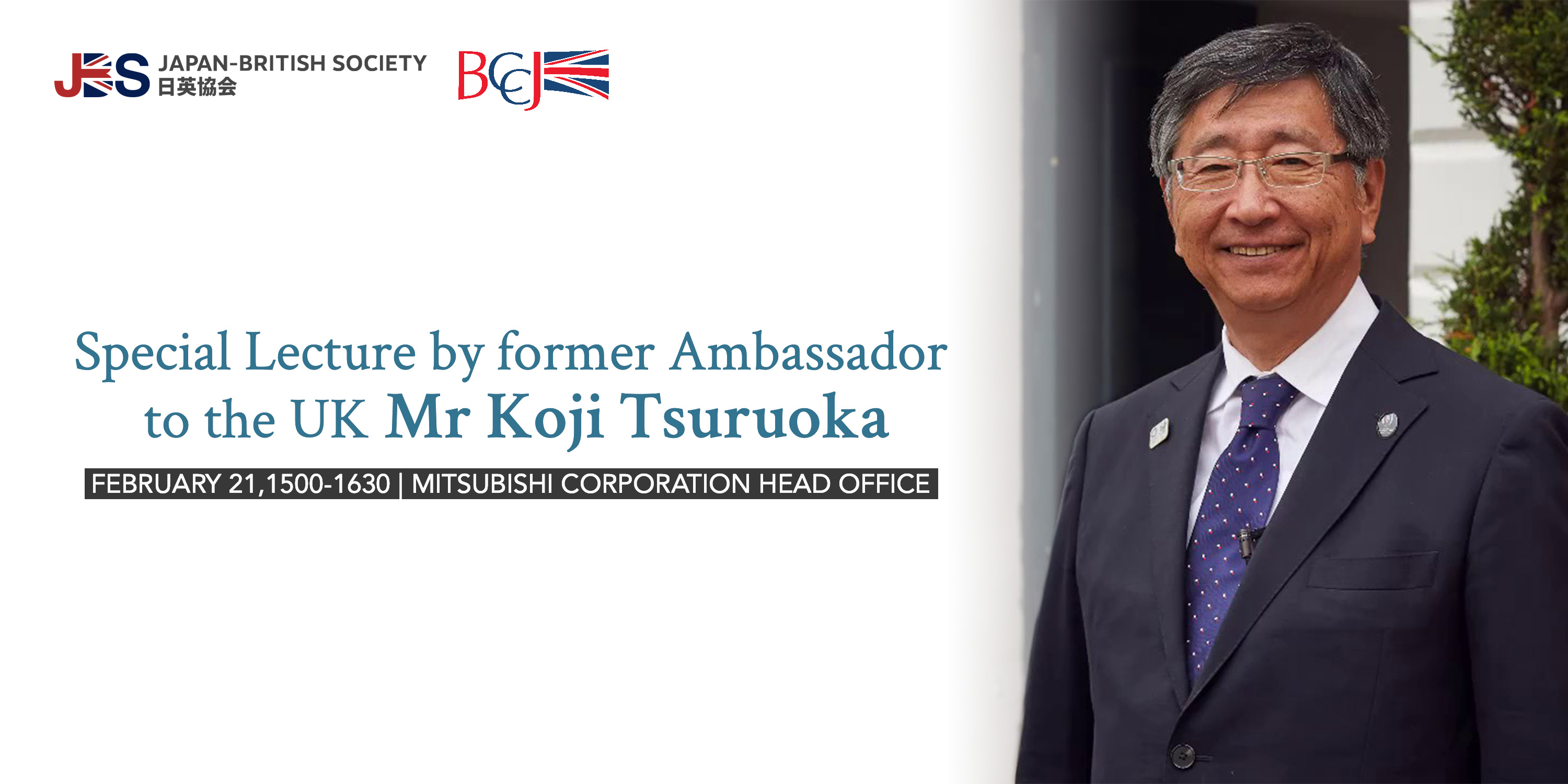 Three years as Ambassador in London

The British Chamber of Commerce in Japan (BCCJ) and the Japan-British Society (JBS) are privileged to have the chance to host former Japanese Ambassador to the UK Mr Koji Tsuruoka (2016-2019), on the afternoon of February 21, for a lecture entitled “Three years as Ambassador in London”.

This lecture will be in English.

Mr Koji Tsuruoka started his career at the Ministry of Foreign Affairs of Japan in 1976 after graduating from the University of Tokyo (Faculty of Law). He has held various posts, including Director of the Foreign Policy Bureau and Senior Deputy Minister for Foreign Affairs. In 2013 he took the post of Principal Negotiator of the Japanese Government’s TTP Headquarters in the Cabinet Secretariat Office. He represented the Japanese Government in concluding various treaties, such as an agreement with WTO (World Trade Organisation), etc. He served as Ambassador Extraordinary and Plenipotentiary to the United Kingdom from April 2016 to November 2019. 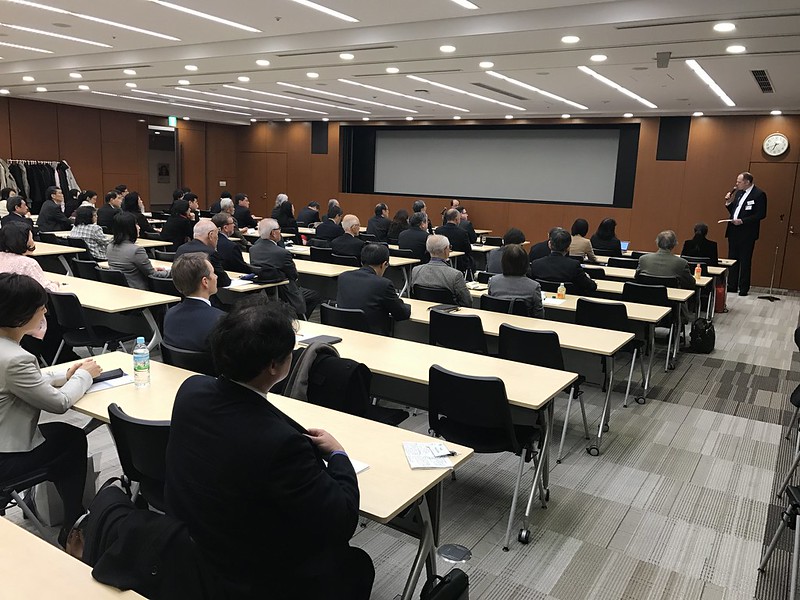